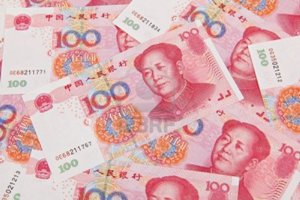 CHINA’S small and medium-sized (SMEs) may already be finding it increasingly difficult to source trade finance as a result of the late June credit crackdown warned Winnie Wu, Hong Kong-based research analyst at Merrill Lynch,  who was quoted in this article in The Economist.

“A tightening of reckless credit is necessary in China. But Ms Wu worries that the banks’ response may hurt private firms, especially smaller companies, disproportionately,” wrote The Economist.

The problem is that SMEs rely heavily on discounted bills – a type of short-term trade finance that has already been affected by the credit restrictions, the magazine added.

In contrast, large state-owned enterprises (SOEs) qualify for long-term loans and bonds and so have more time to prepare for the impact of the new regulations. “Not until they roll over these obligations will they feel the sting of dearer credit,” said The Economist.

As the SMEs make up the bulk of China’s chemicals and polymers buyers, this is a further reason to believe that the 2013 peak manufacturing season will be very disappointing indeed. Harder-to-access finance also makes it more likely to that some chemicals and polymers will see flat or even negative growth in China this year.

A further concern is that relationships could hamper financial-sector reform. SOEs are sure to play on their close connections to the state-owned banks to ensure that they maintain easy access to finance, whereas the SMEs are less well connected.

This could make reforming the SOEs difficult. The SOE’s need to be starved of capital in order to both stop them from making further investments in unneeded industrial capacity and push them into consolidation.

And if the SMEs end up receiving less rather than more capital, so much for one of the main objectives of economic restructuring: Growing the private sector.