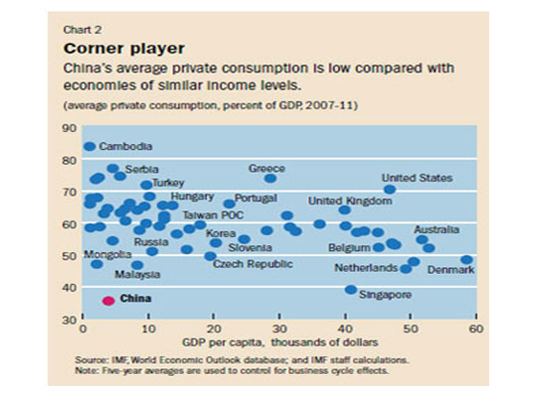 LAST week’s decision by China to give its banks the freedom to compete for borrowers, by removing the floor on lending rates, has been praised by most analysts.

“This is one of the biggest steps they could have taken. It tells you something about the trajectory,” Mark Williams, chief economist at Capital Economics, told Reuters.

And the US Treasury weighed in with praise with its spokeswoman, Holly Hunter, saying that this was a “further step in the reform and liberalisation of China’s financial system”.

The theory is that scrapping the lending floor, which had been set at 70% of the benchmark borrowing rate, will force banks to better price risk. They will be compelled to allocate capital more efficiently, which will help to rebalance an economy burdened by overinvestment and overcapacity across many industries, including chemicals, it is argued.

And the hope is that by removing the lending floor, borrowing costs for individuals and small and medium-sized enterprises (SMEs) will be reduced. Artificially high rates have benefited state-owned enterprises (SOEs) at the expense of the SMEs, say analysts. The SMEs, which are struggling to source and afford lending, make up the bulk of China’s chemicals and polymer buyers.

But some economists were sceptical about the extent of the direct economic benefit of the decision, as few banks had fully utilised the limited freedom they already had to levy interest rates slightly below benchmark rates, choosing instead to keep their rates slightly above the previous floor, added Reuters.

The decision might, therefore, be more of an indication of the trajectory, as Williams said – i.e. Beijing’s determination to press ahead with financial sector reform.

But what if the decision is more about protecting heavily indebted SOEs, big private-sector employees and local government financing arms?

“I’m a little sceptical of the appraisals that this is a big, big reform move,” said Patrick Chovanec, managing director and chief strategist at Silvercrest Asset Management in New York, in this second Reuters article.

“My concern in the short run is that what will happen is that a bunch of local government financing vehicles will get lower interest rates,” he added.

International bankers and investors active in China added that the timing of the reform – coming around a month after the crackdown on the shadow banking system – could be less about banks issuing new loans and more about keeping existing debt from going into default.

And very worryingly, foreign bankers and investors drew parallels with Japan in the 1990s, when banks avoided restructuring loans to their biggest banks and refinanced them at lower rates, added Reuters. This “extend and pretend” policy helped create zombie companies and was said to be the reason for Japan’s two decades of economic stagnation, said the wire service.

In addition, China has yet to also remove the ceiling on deposit rates, currently set at a maximum annual 3%.

Getting rid of the cap on deposit rates is viewed as an essential step towards encouraging much-greater household domestic consumption – and a much bigger deal than removing the floor on lending rates.

Private consumption as share of economic growth was just 45.2% in H1 2013. This compares very poorly with other economies (see the above chart).

The potential for a household spending explosion is enormous as, according to this article in the New York Times, “household deposits tucked away in banks have doubled during the last five years, and stood at Rmb2.7 trillion, or about $7 trillion, as of May”. This is equal to 83% of last year’s GDP!

China’s savers had little option but to stick their money in low-yielding local deposit accounts because the cross-border movement on money remained tightly regulated, added the NYT.

Real average household deposit rates were negative, after adjustments for inflation, during the decade that President Hu Jintao and Prime Minister Wen Jiabao were in power, said Nicholas Lardy, a senior fellow at the Peterson Institute for International Economics in Washington, who was quoted in the same NYT article.

Thus, removing the cap on deposit rates would not only unlock a big increase in consumption, but was also “a path towards greater social justice”,  said Lardy.  China’s hard-pressed middle income earners are demanding a better deal from their government, and so greater social justice appears to be a political priority.

If not now, when will the deposit ceiling be removed?

Not in the near term, whatever that means, according to an adviser to the People’s Bank of China, who was quoted in the Chinese newspaper, the 21st Business Herald.

Why? Perhaps because keeping deposit rates artificially low will preserve the health of banks, and will allow low-cost finance to continue to be channelled to inefficient SOEs and other favoured lenders.

It is thus possible to interpret both the decision to get rid of the floor on borrowing costs, and the reluctance to act on deposit rates, as evidence that China’s “vested interests” are successfully fighting back.

The whole reform process might, as a result, be in jeopardy.