Every Time You Dip Your Toe In The Water… 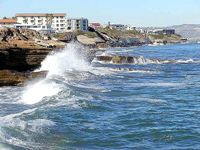 EVERY time you dip your toe in the water the political temperature in China can feel a little different.

For instance, in this article in the New York Times, published on 19 July, the newspaper wrote: “Communist Party cadres have filled meeting halls around China to hear a sombre, secretive warning issued by senior leaders. Power could escape their grip, they have been told, unless the party eradicates seven subversive currents coursing through Chinese society.

“These seven perils were enumerated in a memo, referred to as Document No9, which bears the unmistakable imprimatur of Xi Jinping, China’s new top leader [its president].

“The first was ‘Western constitutional democracy’; others included promoting ‘universal values’ of human rights, Western-inspired notions of media independence and civic participation, ardently pro-market “neo-liberalism,” and ‘nihilist’ criticisms of the party’s traumatic past.

“Even as Mr Xi has sought to prepare some reforms to expose China’s economy to stronger market forces, he has undertaken a ‘mass line’ campaign to enforce party authority that goes beyond the party’s periodic calls for discipline.”

“In China’s tight but often contentious political circles, proponents of deeper Western-style economic changes are often allied with those pushing for rule of law and a more open political system, while traditionalists favour greater state control of both economic and political life.

“Mr Xi’s cherry picking of approaches from each of the rival camps, analysts say, could end up miring his own agenda in intraparty squabbling.”

The temperature of the water felt fairly similar on 17 August when the Banyan Tree column in The Economist suggested that China’s economic success story could come to an end without constitutional reform. It used the collapse of the Qing Dynasty as a possible historical parallel.

But then there was our blog post on 14 June. In that post we quoted the persuasive arguments of Lawrence Kuhn, an international investment banker and author.

Kuhn, who spent time with senior Chinese politicians, argues that Xi is skilfully attempting to practice the “art of the possible”. Xi is both a patriot and a resolute reformer at the same time. Patriotism is vital for winning over the “leftists”, who have to be on board if reforms are going to happen, said Kuhn.

Throwing out the baby with the bathwater might also be disastrous at this stage and so the political current system should be kept in place, it can be argued. The collapse of the Soviet Union is a good example of how sudden political change can have wrenching economic and social consequences.

Eventually, though, as we discussed in chapter 10 of our book Boom, Gloom & The New Normal, China might have to move towards a more open political system if is to avoid the “middle-income trap”.

But the corruption investigation involving former senior China National Petroleum Corp (PetroChina) officials, which came to light on 1 September, is being widely interpreted as indicating that both Xi and Li Keqiang, China’s prime minister, are serious about reform.

One of the officials being investigated is Jiang Jiemen, former PetroChina chairman.

“By pursuing Jiang (the most-senior official to be investigated so far in the corruption crackdown), the leadership is widening graft investigations after Xi warned that corruption threatened the Communist Party’s six-decade hold on power,” wrote Bloomberg in this article.

“Focusing on the state-owned companies Jiang oversaw and China’s oil industry may give Xi  Jinping and Li Keqiang greater impetus to push through changes at a key party economic policy meeting in November, said Willy Wo-Lap Lam of the Chinese University of Hong Kong.”

If you had then dipped your toe in the water on 4 September by reading this article in The South China Morning Post, you might have gained yet another impression.

“If they want to convince the sceptics, Xi’s graft-busters will have to widen their investigations beyond China’s state petroleum industry,” said the article.

“To prove they really mean business, they should consider turning over a few stones in China’s mining industry, in its telecommunications and electrical equipment sectors, and, above all, in its property development business.”

For what it’s worth, we think Xi and Li stand an excellent chance of being transformational leaders on the scale of the late and great Deng Xiaoping, as they really do mean business. But, of course, it’s going to be difficult, and there will be steps forward and steps backward.

Ambiguity is everywhere, as we have highlighted in our all our posts this week ahead of the vital November plenum.

Chemicals companies must therefore build rigorous scenarios for the impact of politics on the reform process, and thus chemicals demand growth, as they prepare their 2013 budgets.