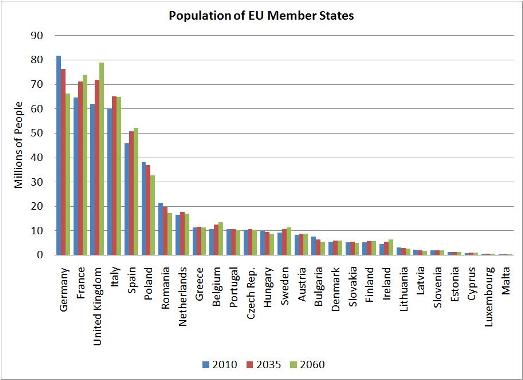 AS delegates gather for this year’s European Petrochemical Association (EPCA) meeting in Berlin, which takes place on 5-9 October, it might be tempting to believe that Europe has turned the corner.

Supporting this argument has been the release of lots of positive economy data recently. For example, yesterday it was reported that eurozone retail sales rose by 0.7% in August – more than had been expected. And in September, economic output rose at its fastest pace since the summer of 2011.

But the long term challenges remain huge, as the blog discussed yesterday.

A good measure of the lingering impact of the economic crisis is that in the first half of this year, European ethylene production was 16% below its level during the same period in 2007. Propylene was 9% lower and butadiene 11% lower.

Thus there is talk of 2014 being a better year than this year, with Germany helping to lead the whole of the euro area into a sustained, if slow, recovery.

The trouble is that while the short term direction might be up, Germany serves as a very worrying example of the long-term demographic challenge that faces the rest of the EU.

It has also its own set of problems that need addressing. These include:

The often-touted solution to this latter problem is that Germany needs to focus on boosting domestic consumption in order to rebalance its growth away from exports. But because of its demographic time bomb – for example the European Commission expects the country’s workforce to shrink by 200,000 a year this decade – where is all this extra consumption going to come from?

What can chemicals companies do to help Germany in its transition to a new growth model? This would be a fascinating topic for discussion at this year’s EPCA meeting.