Home Blogs Asian Chemical Connections The US Needs A Plenum

The US Needs A Plenum 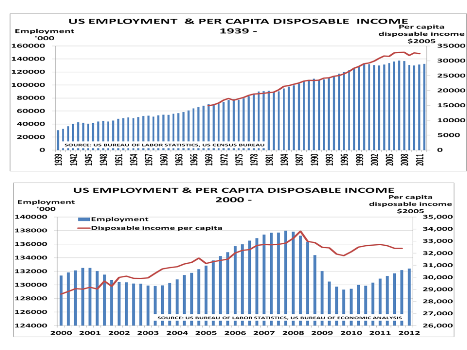 CHINA’S crucial November plenum has now finished and so far there are no details on policy decisions. All we have had is a brief communiqué, which includes key phrases such as “deepening reform” and “crossing the river by feeling the stones”.

This latter phrase underlines our argument that reform will be trial and error and that it could take a long time to move China from an investment to a consumption-driven economy. This means a “demand-growth gap” for chemicals and polymers. Chemicals companies need to get used to lower growth rates for several years, assuming that the whole process works – and that’s quite a big assumption. If the process doesn’t work, all bets are off. We will provide you more analysis of the outcomes of the plenum over the next few days.

But China’s senior leaders know where they want to go. Holding such an important meeting to discuss broad-ranging and deep policy changes, which has involved 376 Communist Party Central Committee members, is a tremendous start.

Perhaps the US should take a leaf out of China’s book and organise a summit of the House, the Senate, the White House, senior business leaders and other interest groups to decide on a new economic direction.

A new direction is clearly needed because, as this excellent article in the US investment magazine Barrons points out, not much is working at the moment.

It supports our argument that demographics drive demand. As fellow blogger Paul Hodges wrote in this post on the Barrons article:  “There comes a moment in a debate when the argument is clearly won, and discussion moves on to practical issues of implementation.”

Barrons said: “Over the next 20 years, the US economy is likely to grow only 2% a year.  That’s down from 3% or better since World War 2.  Blame it on an ageing population and sluggish productivity growth.  Bad news for stocks and social harmony.”

“The US working-age population (Americans from 18 to 64 years of age) is projected to grow only 0.36% during the current decade and then limp along at 0.18% from 2020 to 2030. That’s well below the 1.81% rate that prevailed during the 1970s when baby boomers and women were streaming into the workforce. What was a demographic dividend now acts in reverse as boomers start to retire in large numbers, sharply raising their financial dependence on workers whose taxes fund their costly entitlement programmes.”

The magazine made some other very good points. For instance:

The magazine‘s suggestions for the dealing with the problem includes immigration reform. Moody’s economist Mark Zandy believes that business leaders will demand reforms from Congress.

More investment in education is needed. The US finished 32dn in maths and 23rd in science out of a survey of 65 countries conducted by the OECD.

And, intriguingly, Barrons point out that, despite all the hype over social media it hasn’t been accompanied by a comparable rise in productivity. “Apparently these gadgets spawn as much time-wasting and collective attention deficit disorder as efficiency,” it continued.

Let the US plenum begin……