China’s Latest Credit Crunch: What It Says About 2014 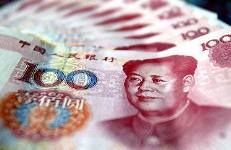 CHINA continues to cross the river by feeling the stones and anyone in the chemicals industry who says that they have a clear idea of where this is going to end is probably being more than a little disingenuous.

There will be a lot of experimentation as China tries to overhaul its growth model with some successes and also some failures. What nobody can predict with any degree of genuine confidence is whether, in the end, the whole effort will succeed or fail.

Another example of what we have been warning about throughout this year arose a few days ago when the People’s Bank of China caused another credit crunch. Since then, they have pumped liquidity into credit markets in an attempt to avert a repeat of the lending problems caused so much panic back in June.

What the People’s Bank seems to be trying to do is stop speculative lending, via the shadow banking system, while preventing the real economy from becoming gummed-up.

But the latest panic might indicate that they have no clear idea about how to do this.

“Luckily, we are at year-end and heading towards an early Chinese New Year [The New Year falls on 31 January in 2014 compared with 10 February in 2013] and many of my customers  have pretty much covered most of their January needs in the first three weeks of December,” said a polyolefins trader.

“It is lucky because, if they were in the market right now, they wouldn’t be able to get their hands on sufficient credit at an affordable price.”

It is, perhaps, hardly surprising that the People’s Bank of China has little idea about how to separate good from bad credit because the financial system seems to have become much more complex and opaque since 2008.

It was in late 2008, of course, that Beijing launched its giant economic stimulus package and thus triggered a wave of “financial innovation”, including the growth of wealth management products that shuffle money between a series of buckets without sufficient official oversight. Supporting this argument is growing evidence that Beijing seems to have no clear handle on the scale of bad debts (and so, obviously, nobody else does either!).

Here is one attempt to get a grip on the scale of the problem, from Peter Cai, writing in the China Spectator:

So, what do we know about China’s local debt problem so far?

The guesstimates range from 10 to 50 trillion Yuan. The last official pronouncement on the extent of local debt levels was 10.7 trillion Yuan, and that was back in 2010 before the explosion of growth of the shadow banking sector.

Because Chinese local governments can’t issue bonds on their own, they have been using financing vehicles – akin to the kind of off-balance sheet lending that froze international debts market in 2008-09 – to raise money.

The total size of money lent to these local financing vehicles is about 10 trillion Yuan as of the first quarter of 2013, according to data from the China’s banking regulator. That is a sharp increase of 30% from the fourth quarter of 2009.

The large increase came about as a result of the 4 trillion Yuan fiscal stimulus package unleashed by Beijing during the global financial crisis.

A large part of the package was funded with debt from Chinese banks to the local governments. The National Audit Office also looked at books of 36 provincial capitals early this year. They have a collective debt size of 3.85 trillion Yuan and nearly a third of them have a debt-to-GDP ratio of more than 100%.

Cai’s comments illustrate a very important point: How do you define “good” as opposed to “bad” lending?

In terms of China’s long-term economic health, yes, lending has to be increasingly channelled to the companies that seek to push the country further up the Lewis Curve, including some of the plastic processors that the trader sells to. These include many of the excellent high value plastic processors in China, who make multi-layered film for high quality food packaging

But local government spending, via the financing vehicles, might well have become essential for sustaining China’s GDP growth at a socially coherent level. Take away building excessive numbers of factories, bridges and condos etc too rapidly and you could end up with a lot more social unrest.

Perhaps, therefore this is also influencing this latest attempt to rein-in credit growth. The central bank might be in two minds about who to target in this latest credit crackdown, and, as a result, have ended up hurting the entrepreneurs.

We don’t really know, of course, any more than anyone else.

But what we do know is that no chemicals can afford to assume that 2014 will be a repeat of 2013 – when strong credit growth supported apparent domestic consumption of polyethylene (PE) and other chemicals and polymers.