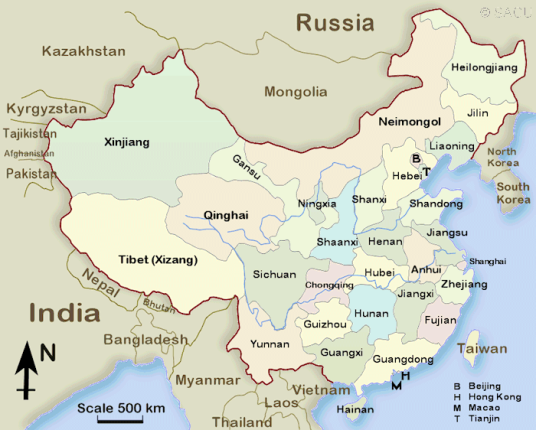 THE political crisis in Thailand might take several more years to solve, if it can be solved at all, a chemicals industry executive told the blog on its recent trip to Bangkok.

We very much hope that he is wrong otherwise the victims of the crisis could be many people in Thailand itself, and across a wider swathe of Southeast Asia (SEA), who are denied new economic opportunities (there are, of course, many other implications of Thailand’s political crisis, which we will deal with in later posts).

“While many across the political spectrum agree Thailand urgently needs better roads, railways and ports if it is to realise its vision of becoming a hub for SEA regional trade with China, the opposition Democrat party says the plan is ill-directed, lacks sufficient parliamentary oversight and risks fuelling corruption.”

Infrastructure investments include better road links with China. As the FT also wrote in a 10 December article, this process has already begun.

“Trucks are due to thunder from Wednesday over a vast new crossing on the Mekong River connected to highways either side that opens up north Thailand as a way station for goods headed between China and the 10-strong ASEAN group of nations mainly to the south and east,” said the newspaper.

“It is part of Bangkok’s broader regional ambition to become the dominant link for trade between China and ASEAN, where exports and imports surged more than six fold to $400bn last year, from $55bn in 2002, according to the Chinese data provider Wind Information.

“It is also meant to dovetail with the easing of regional trade barriers, as ASEAN heads for the creation of a planned economic community of more than 500m people by 2015.”

But the blog was told that a lot more work needs to be done on upgrading infrastructure, and in getting rid of red tape, so that there can be a more seamless flow of goods and services between China, Thailand, Myanmar, Vietnam, Laos and Cambodia.

If the work is carried out, chemicals and polymers from Thailand would flow more easily into the less-developed Chinese provinces which border this portion of Southeast Asia, such as Yunnan and Guangxi (see the above map).

Or resin might first move to, say, Myanmar where labour costs for plastic processing are lower than in Thailand. Finished and semi-finished plastics goods could then be transported to China, back to Thailand or to elsewhere in ASEAN.

China is aiming to raise its chemicals and polymers self-sufficiency overall, but in less-developed provinces such as Yunnan and Guangxi, it might make more sense to be heavily import-reliant.

The decision made by China could partly rest on whether it is cheaper to move polyethylene (PE) from Thailand or from other PE-producing regions of China to provinces such as Yunnan .

The same calculation might also eventually be carried out on the economics of shipping PE to China from planned investments in Vietnam versus shipments within China.

For example, Thailand’s Siam Cement Group has signed a joint venture agreement with partners, including Qatar Petroleum, on the $4.5bn (€3.38bn) project at Long Son Island in Vietnam.

And across ASEAN as a whole, the overall objective is to further develop a a market that comprises some 500m people, as the 10 December FT article pointed out, into what could end up being a formidable regional trading bloc.

Many of these people have very low per capita incomes  and so the potential for “catch-up” chemicals and polymers demand growth is enormous, as it is in China.