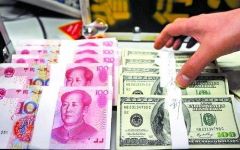 CHINA’s economic statistics continue to take your breath away.

For example, in 1993, the country’s nominal GDP totalled around $613bn compared with estimates of around $9 trillion for 2013.

But who owns most of this new-found wealth?

“Using various surveys and methodologies, the general consensus is that the wealthiest 1% of urban households in China (about 2.1 million households or 5.2 million people) have a combined net worth of about $US4.5 trillion,” writes Dr John Lee, whose PHD is international relations, and who is an Associate Professor at Sydney University.

“When one traces their liquid assets such as cash, bank savings and stock and bond holdings, the top 1% of urban households own around 30-50% of all such liquid assets in the country,” he adds.

It should therefore not come as no surprise that when you look at average per capita incomes, the picture is very different.

This makes it entirely erroneous to talk about the “rise of the Chinese middle class” without firmly putting this into the context of this not being a Western-style middle class. Average income levels are way behind Western levels and are likely to remain so for many years to come.

Volume-wise for chemicals and polymers, sure, future growth potential remains enormous. As many millions more people cross certain income thresholds that have been identified by consumer-products producers, they will be able to afford, say pre-packaged food, a motor scooter or a refrigerator for the first time.

But affordability will remain critical here. The greatest volume potential will continue to be in the sales of the $50 rather than the $500 refrigerator.

Thus, only low cost commodity chemicals and polymers providers can win, as, of course, the commodity end of the business is a volume game.

And we continue to ponder to what extent China will allow importers, no matter how competitive they are, to serve these needs. When jobs matter more than standalone cost-per-tonne economics – and more jobs, of course, equals better per-capita income growth – trade barriers can be the result.

And, if you’ve read through the John Lee article, you will have obviously realised is capital flight and not income inequality.

But there is a vital connection here: If the rich keep finding ways to move ever-greater volumes of money offshore, what does that mean for government tax revenues? Higher tax revenues are going to be crucial in paying for the Hukou reforms that would help unlock much greater average urban wealth.

And so, of course, the government has to find ways of closing the illegal loopholes that have allowed money to drain offshore. This is easily said than done, but if it is done, what does it mean for the growth in the value of housing in countries such as Australia and the UK? What might this then mean for the economies of both these countries – and therefore, their chemicals and polymers demand growth?

These types of contradictions and complications have been bubbling away in the background for years.