The US Patient Needs An Operation 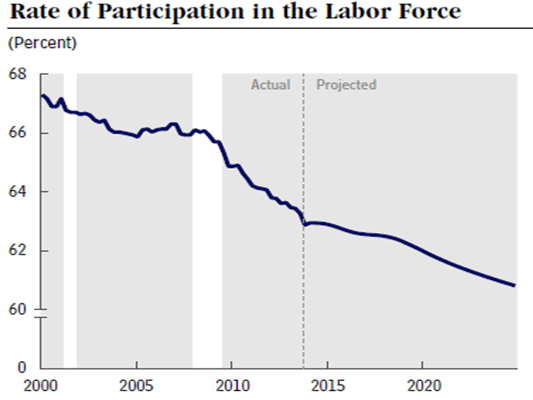 THE Fed’s quantitative easing (QE) programme hasn’t worked because, to use an analogy, it has been equivalent to pumping drugs into a patient that needs major surgery in order to fully recover.

A steady flow of drugs creates the illusion that the patient is fine, but once the drug supply is reduced – i.e. Fed tapering – her or his condition deteriorates.

And ultimately, of course, the patient cannot properly recover until the surgery takes place.

Why? Because the underlying cause of the illness that ails the US economy is demographics.

The good news is that after three years of highlighting this issue on the blog, and through our e-book, Boom Gloom & The New Normal, more and more people seem to be recognising the demographics issue.

But whilst more people might have edged closer to recognising demographics as the core problem, there doesn’t seem to be anywhere near a sufficient consensus necessary for politicians, companies and the financial sector to move onto the next step: Devising policies to capitalise on the retirement of the Babyboomers.

The opportunities are huge – for example, an explosion in 3D printing, perhaps, and all the chemicals and polymers that will need to be supplied to the 3D printing industry, as “community manufacturing” takes off.

And walk down any Western, never mind just US, High Street and you are going to see very few, if any, outlets catering for those over 55. How can you begin to tackle the problem unless you manufacture and sell more products to meet the needs of older people? Here is a commercial opportunity begging for serious focus.

When you are banker, though, why should you care? If the recent run of disappointing jobs data prompts the Fed to ease back on tapering then whoopee, you can make even more money from financial and commodity markets that have completely lost their relationship to underlying demand.

But companies that actually manufacture things – such as chemicals companies – and politicians should know better.

As we said at earlier,  though, the good news is that the demographic issue does at least seem to be moving more to the centre stage of the debate.

Take this article from Bloomberg as an example. It points out that:

Never mind rebounding. The US worker participation rate will instead decline even further up until 2020, according to the chart above from the Congressional Budget Office’s (CBO) Economic Outlook: 2014 to 2024 report, which was released earlier this month.

The US might achieve its “escape velocity” GDP growth of 3% or more this year (our betting is that it will not, by the way).

This is the magic number at or above which many economists think there will be sufficient momentum to put enough people back to work in order to finally result in a sustained economic recovery.

But several long-term outlooks indicate that US GDP growth will be well below this 3% level.

For example, slower workforce growth may limit gains in potential GDP growth to an average of just 2.6% per year over the next eight years, according to the same BLS report we quoted above.

And the CBO, in its report, is even more bearish: Its forecast is for average annual 2018-2024 growth of only 2.2% because of the decline in the worker participation rate, which it says is due mainly to the ageing of the population.