By John Richardson on 5th February 2015 in Business, China, Company Strategy, Economics, US
SHARE THIS STORY

DAMAGE limitation is the motive behind China’s decision cut its reserve requirement  ratio (RRR) by 0.5% to 19.5%.

(The RRR is the amount of money that banks have to set aside against this lending, and so the lower the percentage the more the capacity to lend).

The decision, which was  announced yesterday evening, marked the first time the RRR had been cut since May 2012.

It was predictably greeted by some analysts as a sign of aggressive easing – i.e. the long awaited “blink” by policymakers.

But Xi Jinping, China’s president, said in May of last year that as China moves towards a “New Normal’ of lower growth, “timely countermeasures to reduce potential negative effects” would on occasion be needed. This is one such occasion.

China is, of course, not an economic island. It has been forced to react in this way because of the rise in the value of the US dollar – one of the results of the Fed’s disastrous quantitative easing policies.

Oliver Blade Barron in this Forbes article makes a lot of sense when he argues:

This is consistent with my thinking.

I would add that as capital flight has intensified, collateral trade is at more of a risk of unwinding. The trade has involved buying iron ore, polyethylene (PE) and other commodities in order to raise foreign letters of credit. These letters of credit have then been used to gamble on real estate, via wealth management products and trust products, which are part of the shadow lending system.

As Oliver Blade Barron said, without the RR cut, local banks would not have been able to rollover their wealth management and trust products.This would have caused many “chain effect” bankruptcies of PE distributors, traders and even converters, who are more into speculation than into the buying and selling of polymers. The same would have obviously happened in the iron ore and other commodity sectors.

The RRR cut is also designed to protect local stock market investors, many of whom are individuals – or which are again manufacturing and trading companies.

Borrowing money to gamble on equities is something that the government wants to stop over the long term.

But more immediately, there is the risk that a lack of liquidity could cause banks to call in these loans. This would, of course, cause panic selling of equities and a downward spiral of lost money as the Shanghai market collapsed.

Fifty percent of the total turnover on the Shanghai exchange involves  retail investment activity. This compares with 30% in Hong Kong and 20% in New York.

The irony is that the Shanghai exchange has been on a tear since last year as the real economy has slowed down.

In contrast, when the real economy was booming, in the five years from 2009, the Shanghai index was the worst performing stock market in the world.

“It is incredibly easy to borrow money to buy equities, and so that’s what I have done, and have made a very nice return,” said one of my friends, who works for a shipping company in Guangzhou.

“Part of the reason that I have gone into equities is because I have been priced-out of real estate. House are just too expensive.”

The link between the RRR cut and real estate and stock market speculation shows how careful China has to be as it plays its “whack-a-mole game”. If it plays this game too vigorously and too quickly, the whole economy could implode.

But please do not get the idea that the RRR cut means that the government has stopped playing the game altogether.

Instead, stick with the thinking of this blog and I will offer you continued guidance on how to take full advantage of the ‘new China”.

PREVIOUS POST Global Economy: "When Elephants Fight, The Grass Suffers"
NEXT POST A Perfect World? If Only It Were So

HERE are some very disturbing statistics: Over the last five years, US oil and g...

A Perfect World? If Only It Were So

By John Richardson IN A perfect world everything always turns out for the best i... 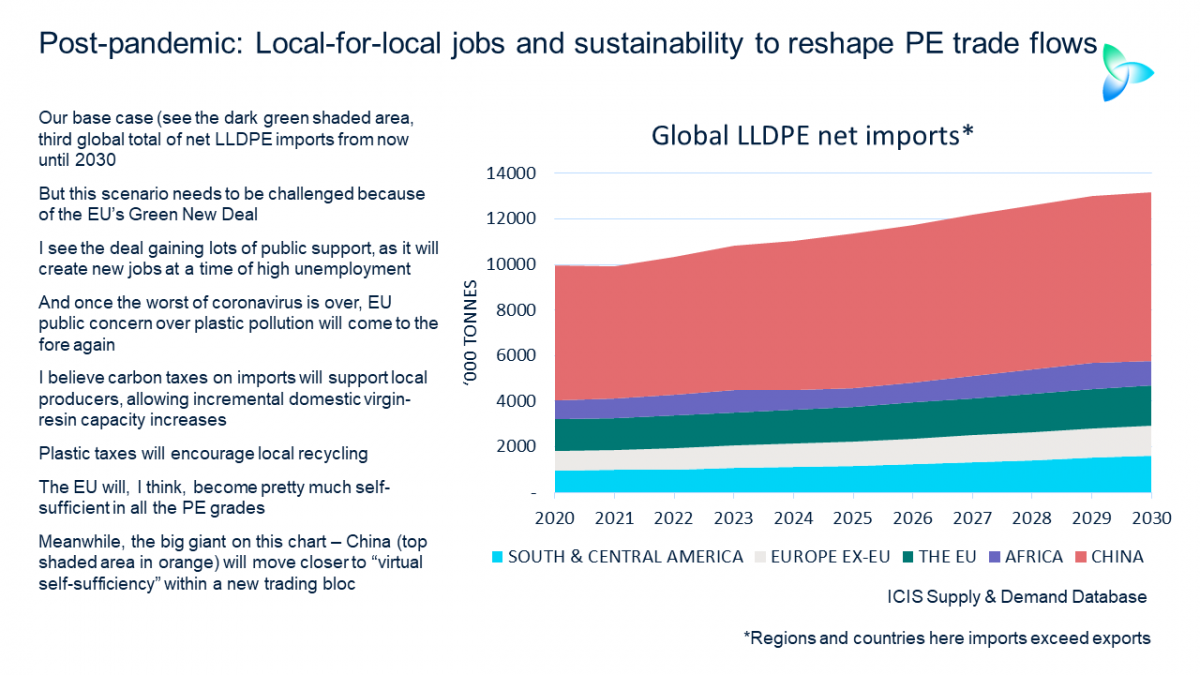 By John Richardson ONE OF the many unknowns about the post-pandemic world is the extent to which the...