Why US Tax Reforms May Fail To Address The Big Challenges 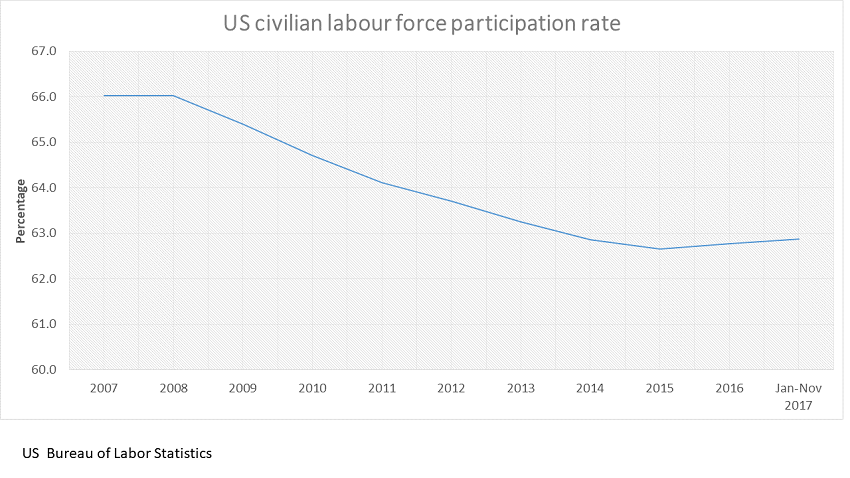 CORPORATE America is of course delighted with the biggest US tax reforms in a generation that seem very likely to pass unheeded through Congress this week and reach the president’s desk for final sign-off before Christmas.

What isn’t there is to be pleased about, given that the main Federal corporate tax rate is set to be lowered all the way from 21% to 35%?

But as fellow blogger Paul Hodges wrote in early November, the tax cuts will add to US debt at a time when it is facing a demand deficit from an ageing population.

But without a major uptick in immigration, the US working age population will fall by 18m by 2035. This could eventually force the US to raise taxes, reversing some of the reductions contained in the new bill, as the drop in tax revenues resulting from the decline in the workforce might otherwise leave big holes in public pension funds and in Social Security and Medicare provision.

And crucially, of course, the risk is that a smaller workforce means less demand over the long term, no matter how much you cut taxes.

People spend less when they are retired as a.) They have already bought most of the things they need, and b.) They are living on reduced means, especially if they are dependent on the US public pensions system.

There will also obviously be less young people around to buy all the finished products made from chemicals and polymers than during the Economic Supercycle.

This is not insoluble. But the tax bill doesn’t appear to be the long term answer as it doesn’t include provisions to encourage people to work longer.

If older people are given the training to stay in the workforce, and if the retirement age is raised, then the demand deficit I described above can be cancelled out. The big improvement in human health, and so life expectancy, over the last 50 years makes this a viable solution.

Something also needs to be done to deal with looming deficits in Social Security, Medicare and pension funds. Otherwise, as I said, the long term risk is that taxes might eventually have to be raised.

But perhaps I am wrong to assume that the tax bill won’t compensate for today’s demographic demand deficit. I hope so. I equally hope that the bill is able to address some of the big challenges confronting the US workforce:

There is a scenario where the tax bill works by boosting economic growth to the 4% annual target set by President Trump. This would mean that the tax cuts would easily pay for themselves – and some more – through higher tax revenues.

Equally, though, there is a risk – however small you think the risk might be – that the tax reforms fail because US economic growth disappoints.

Chemicals and other companies should plan for both scenarios and should make clear to their investors, and their other stakeholders, that this planning has taken place.