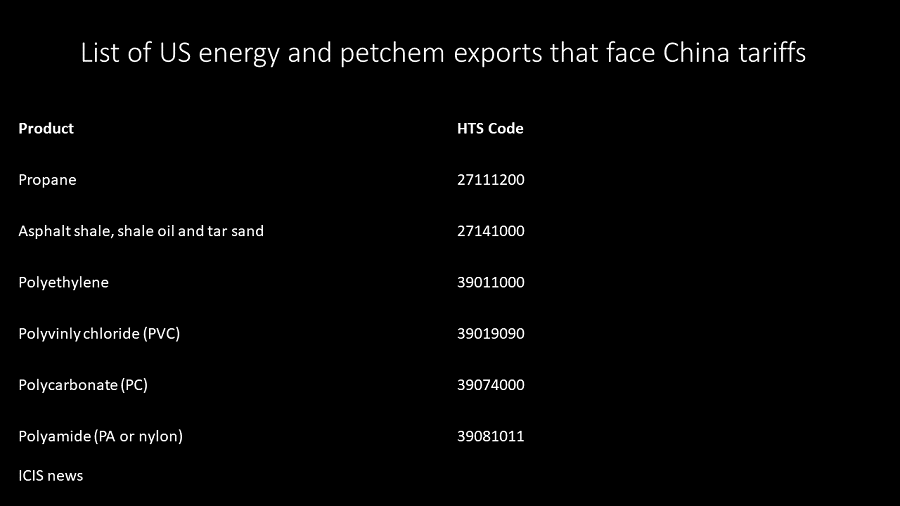 IT HAS happened. Don’t say you weren’t told, as I have been warning you to prepare for this since President Trump became president. The president’s decision to impose $50bn worth of tariffs on US imports from China has led to immediate retaliation from China. China  has announced its own list of US goods that will  be the subject to new import tariffs, with the list including PE with a  primary specific gravity of less than 0.94 (customs code 39011000).

China had earlier said that the tariffs would be set at 25%.  The tariffs will cover medium density PE (MDPE), all grades of low density PE (LDPE) and most grades of linear low-density PE (LLDPE). HDPE has been excluded. Also included are propane and PVC (see the above table).

For full analysis of the implications for the global petrochemicals industry and the global economy, see my blog post on Monday.