G7 Meeting And The Risks For US Polyethylene Producers 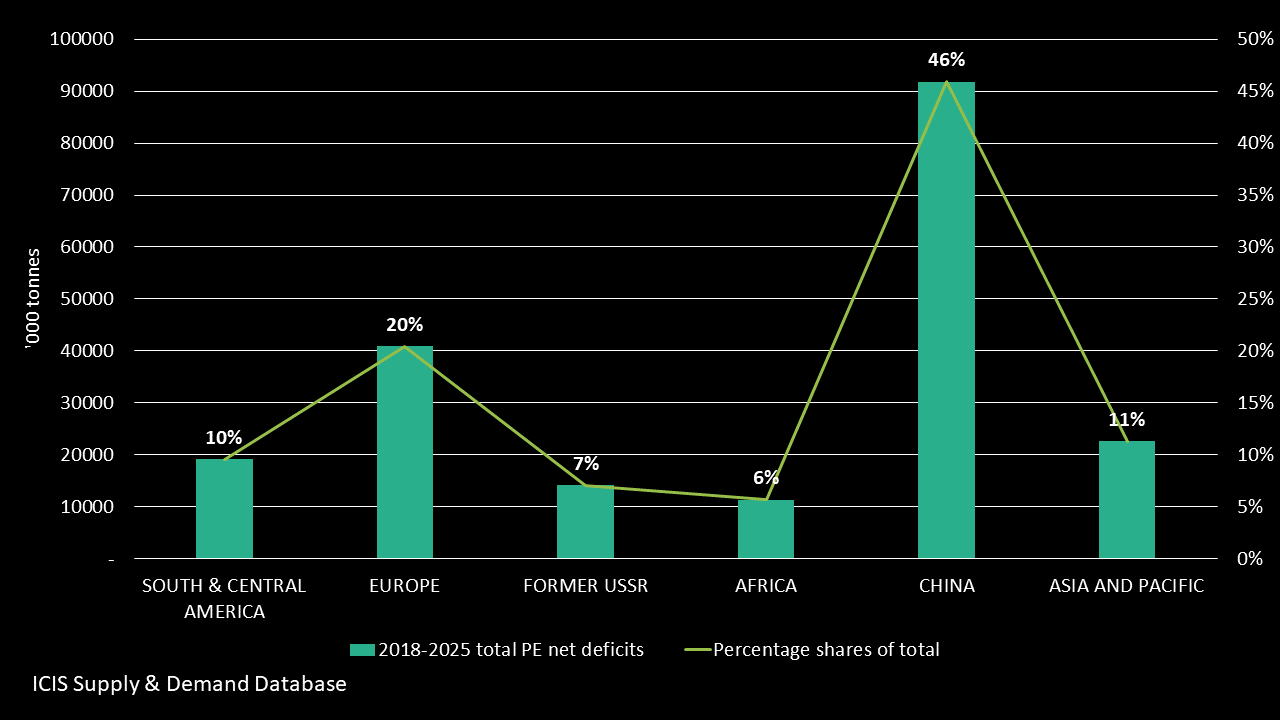 IN All the noise, confusion and economic anxiety following last weekend’s very acrimonious G7 meeting in Canada, you might have failed to notice one very significant detail for the polymers industry.

This was the refusal by the US and Japan to sign a plastics charter put forward by Canadian Prime Minister, Justin Trudeau. The non-binding charter promises to eradicate plastics pollution.

In the world of Twitter and other social media, five minutes has become an awful long time in politics. But it is important to flag up the risks for US polymers producers if the US Federal government policy remains opposed to future international initiatives of the same nature.

As the EU advances its plastics strategy, new barriers to US polymer imports could be erected that charge US producers for the full cost of externalities – post-consumer environmental damage.

But imagine a future where every tonne of PE and other polymers exported from the US to the EU carries import duties based on these externalities – the environmental damage caused by plastic rubbish ending up in rivers and oceans.  Duties could be higher for US exporters than other exporters because of White House opposition to international environmental clean-up initiatives.

You may argue that scientific evidence does not exist proving that plastic waste causes major damage the environment. You could be with recent research by The Economist magazine which points to evidence that synthetic fertilisers are responsible for far greater harm.

The scientific evidence doesn’t matter as public opinion has gone past an important tipping point. In a world of lightning fast social media, images from David Attenborough’s Blue Planet II documentary are shared so very easily amongst many millions of people. Videos of a dead whale on a Thai beach that had ingested 85 plastic bags is a more recent example.

The risk for polymer producers is that the strength of public opinion will shape punitive legislation against the global polymers business, regardless of scientific logic and a reasonable risk/benefit analysis of the role of single-use plastics in society.

Also, of course, lack of scientific evidence doesn’t mean that we have little to worry about. It instead might be the case that we haven’t done enough research into the detrimental effects of single-use plastics, given that they have only been around on a major scale since the 1970s.

The acrimonious nature of today’s global trading relationships also matters here. If we do end up in a global trade war, free trade will go into rapid reverse.

In such an event, Europe may move very quickly towards complete self-sufficiency in polymers thanks to further EU legislative support for recycling. Plastics recycling by its very nature is local, reducing the need for imports.

This would be a major problem for US PE exporters as Europe is the world’s second-biggest biggest PE deficit region behind China in first place (see the chart at the beginning of this blog post).

The US has to raise exports to both Europe and China if it is to comfortably place its big new volumes of PE production. The last thing it needs over the next few years is reduced exports.

This brings me on to the issue of China. President Trump refused to sign the Canadian PM’s plastic initiative because he saw it as anti-business. China instead sees initiatives to restrict the use of single-use plastics and boost recycling as business opportunities.

Large sums of Chinese government money will be spent on creating a modern domestic plastics recycling sector. The high value recycling technologies that China develops will be very exportable, given the shift in global public opinion against single-use plastics. These technologies will also help China escape its middle-income trap.

There is a reputational issue for China here. Five of the ten rivers in the world with the most plastics pollution flow through China. Just one Chinese river, the Yangtze, is responsible for 55% of all the plastic rubbish in the world’s oceans.

China can make a big difference to global plastics rubbish crisis by tackling its local pollution. In so doing, it can win big international credibility and geopolitical influence.

Back to the issue of a global trade war. If China falls out with the US over trade, resulting in the tit-for-tat imposition of trade barriers, new trade barriers imposed by China may even be focused on the externality costs of importing PE from the US.

Being on the right or wrong side of history

Maybe I am entirely wrong here and the White House will back future international initiatives on reducing plastic rubbish. Or it could come up with its own alternative plans. How likely is this, though, given this administration’s scepticism about environmental legislation in general? One has to be at least a little sceptical.

Individual US States may continue to promote recycling and restrict the use of single-use plastics. But what happens in Washington is likely to count far more for US polymer producers.

How do US polymer producers mitigate the risk of losing access to export markets? By being on the right rather than the wrong side of history:

They need to engage with the global public by arguing for the big societal benefits of single-use plastics in end-use applications such as wrapping food.

US producers must turn their focus downstream as well upstream. In investor meetings, it will no longer be good enough only to talk about hydrocarbon feedstock advantage and the “rise of the middle classes in the emerging world” as the basis for business models.

R&D money needs to be spent on working with brand owners and retailers to simplify the design of single-use plastic finished products. Can one polymer be used in packaging applications and no paper and aluminium without sacrificing performance? This would improve recycling economics.

If US polymer producers want to be on the right side of history, they must also look at technologies such as block chains to track what happens to the resins that they export.

They must monitor what happens to every plastic pellet that leaves their factory gates. Producers must then provide data to legislators that for example proves that their PE pellets end up at environmentally sustainable Chinese recycling plants rather than in the Yangtze. This can reduce import tariffs that are based on the cost of externalities

Or US producers can assume that trade wars and anxiety over single –use plastics will fade way, resulting in a return to business as usual. This won’t happen as we have gone beyond the point of no return.