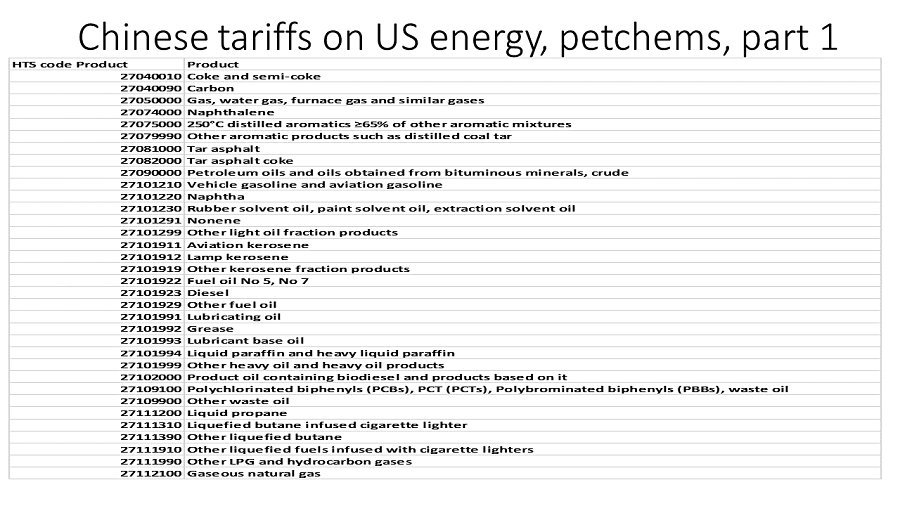 Normally, the blog only publishes on Mondays, Wednesdays and Fridays, but this week is an exceptional week because of the unfolding US-China trade war. So today I publish a post with more to follow tomorrow.

YESTERDAY it became apparent that the US-China trade war includes a large number of energy, petchems, polymers and plastics products, as this excellent ICIS news article from my colleague Al Greenwood details.

The US is to impose a raft of tariffs on Chinese exports of petchems, polymers and plastic products. But a bigger deal by far, in my view, is the skilful Chinese targeting of US energy, petchems and polymers exports. No less than 76 US energy and petchems exports are being targeted by China, with the full list of Chinese tariffs detailed in the above slide and the two slides below. 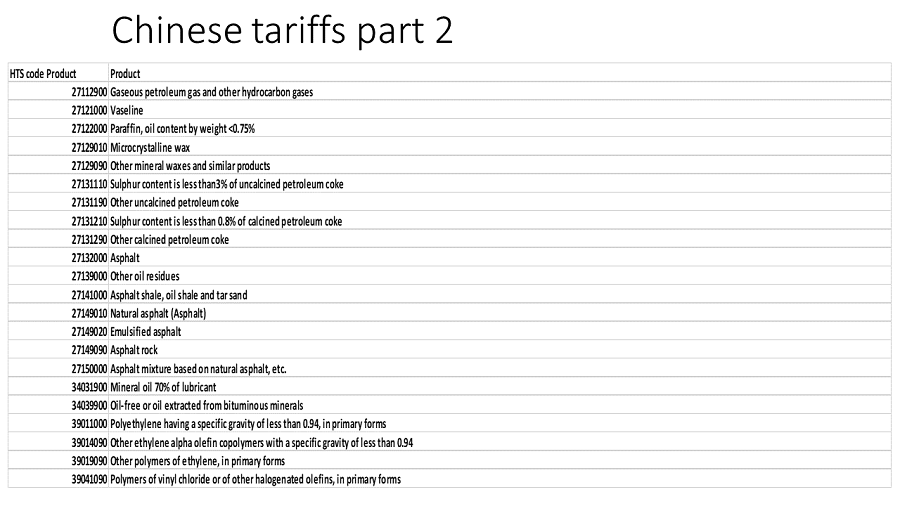 These tariffs come as big investments take place in new US capacity in the polymers, with China the only market that can comfortably absorb US surpluses. Only China has deficits big enough to easily absorb increased US production, and the threatened tariffs would make it economically unviable for the US to export many grades of PE to China.

The likely result of the US being forced to focus on other much smaller deficit regions such as Europe, Southeast Asia and Latin America is antidumping and safeguard petitions from producers in these regions.

Also on the Chinese list are US polymers of vinyl chloride (PVC) or of other halogenated olefins in primary forms.

This might lead you to the conclusion that China needs the US more than the US needs China – i.e., China has to buy from the US because of its 33% reliance on the US. This could mean that the threatened Chinese tariffs won’t happen, allowing US shipments to continue.

What should make you think again is the restructuring of China’s domestic PVC business. Small and inefficient coal-based plants are being shut down, leaving behind larger world-scale facilities capable of replacing the higher-quality grades that are imported.

And/or China may plug the US gap through increasing its PVC imports from fellow Belt and Road Initiative members. 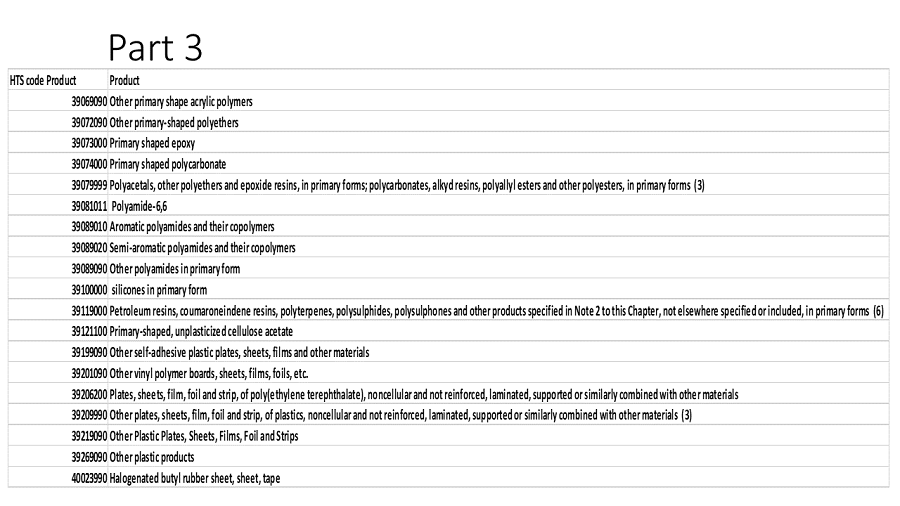 The choice of PVC seems very intelligent as the US PVC industry is booming thanks to the shale gas revolution. The revolution has led to cheaper electricity and ethylene feedstock costs.

China may decide to proceed with tariffs on PVC because of the damage that they would do a key US growth industry. As with its decision to impose tariffs on US soybean exports to China – vital for the livelihood of US farmers – PVC tariffs could give it strong leverage in what will hopefully be successful compromise negotiations with the US.

Or not. I worry that we are descending into a full-scale global trade war where the US, China and other key US trading partners will exchange round after round of tit-for-tat tariffs. There may be no mood for compromise.