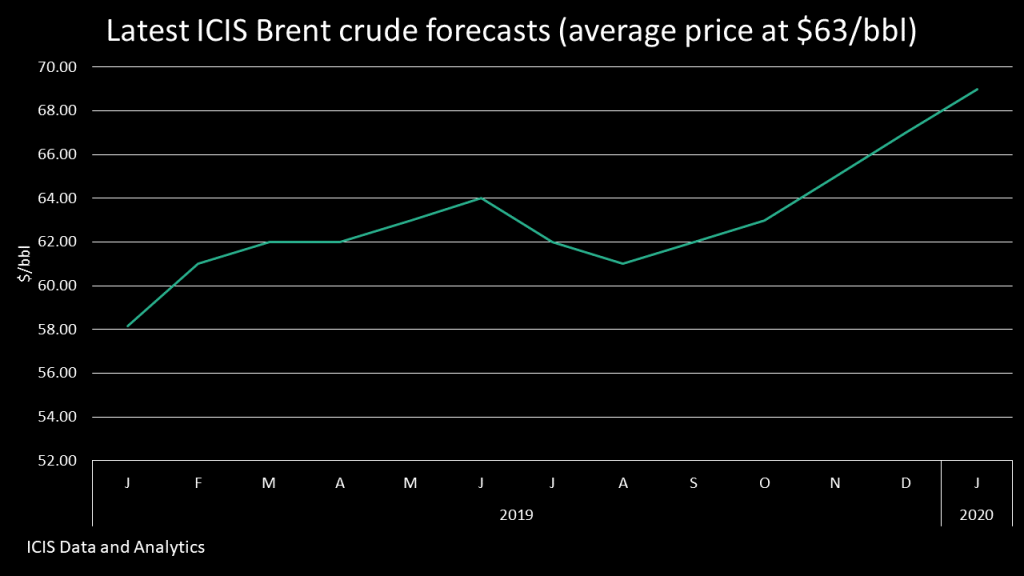 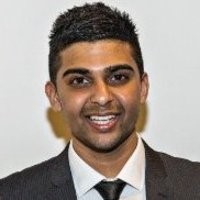 Guest blogger today is again Ajay Parmar in the second his posts. He is a chemical engineering professional with 5 years of industrial experience in oil refining, primarily in a process engineering capacity.He joined ICIS in 2018 as a Senior Analyst and currently works on developing a price forecasting model for crude oil and refined products.

Whilst macroeconomic concerns continue to worry traders and analysts, geopolitical factors remain at the front of the minds of oil industry players. In this post, we discuss the key supply and demand side factors affecting the oil price in the near term.

In 1998, Venezuela – the country with the world’s largest oil reserves – produced an oil output of over 3 million bpd. In 2018, its output was half of this. Earlier this month, Washington announced that they will impose sanctions on Venezuela to prevent any trade between its national oil company, PDVSA, and US companies.

For a country where oil revenues accounts for up to 70% of its government revenue, the reduction of crude and refined products trade is devastating news for the already troubled economy. But these sanctions may not only affect Venezuelan crude oil trade with the US. Venezuelan crude is amongst the heaviest in the world, and so relies on US naphtha imports as a diluent to allow for transportation of this crude.

Since the sanctions prevent trade to and from Venezuela, it means the 50-100,000 bpd of naphtha directed from the US to Venezuela will be halted altogether. Never mind the impact this will have on the existing oversupply in the naphtha market – Venezuela will now have to replace this critical supply, likely at a higher cost and potentially with some delays. This could jeopardise Venezuelan crude exports and potentially take some supply off the market, albeit temporarily.

Continuing with the topic of supply cuts, the latest OPEC+ supply cuts unveiled at the end of last year seem to be bearing fruit, with an 890,000 bpd drop in output reported this January compared to December 2018. Furthermore, with Iranian crude sanctions waivers due to expire in May, a potential 1 million bpd could be taken off the market.

But quelling the effect of these potentially bullish price factors is the resurgence of US shale oil output. In January, the US rig count climbed by 9 to 1059.This is up well over 10% from the same time last year. US crude production reached 11.7 million bpd in November 2018, up 20% from the previous year. This rise is likely to continue, especially as infrastructure limits in the Permian Basin and elsewhere are solved, further supporting our view that when pricing conditions are ripe, US shale producers will ramp up output with relative speed.

Whilst the focus of oil market analysts over the past few years has been on oil supply, 2019 will be the year that demand manifests itself as chief in market participants’ minds. The demand side concerns focus on economic growth. With the IMF lowering its 2019 global GDP growth forecast from 3.7 to 3.5%, the prospects for oil demand could well be perceived to be poor.

However, part of this forecast downgrade is derived from the ongoing trade war between the US and China. Despite negative messages emerging from the White House last week about the prospects of a trade deal being reached by 1 March deadline, parse the overall statements from both sides and it seems probable that a deal will eventually be done.

Furthermore, the very real concerns over the US Fed making a policy mistake were diluted somewhat earlier this month when they suggested taking a more “patient” approach when making decisions about future monetary policy.

With abundant volatility in both financial and commodity markets over recent months, traders across the globe drew a sigh of relief with this news. A potentially lower average US interest rate during 2019 could present a serious uplift for the US and by extension the world economy. So whilst we expect slowing GDP growth in 2019, growth will still persist and so will oil demand as a natural consequence.

Overall, we expect the Venezuela/Iran oil trade sanctions and OPEC+ cuts to be partly offset by the additional production and expanded exporting capabilities of US shale in the near to medium term. But more importantly, we expect focus to shift towards demand this year rather than supply. With the rhetoric from the US-China trade war shifting away from its previously acrimonious position and concerns over a Fed policy mistake rocking the world economy fading away somewhat, our position on the oil price this year is very slightly more bullish than last month. We forecast a BFOE price range from the high 50’s to the high 60’s for 2019.

PREVIOUS POST Trade war dangers for US polyethylene re-emerge as talks appear to flounder
NEXT POST China autos and polypropylene: Growth has peaked and will decline