The most important issue here remains the human cost of the coronavirus outbreak. My thoughts and hopes continue to go out to my friends, contacts and colleagues in China. From the less important economic perspective, the good news is that the kind of coordinated action that would be impossible in any other country means the virus might still be contained in time to prevent the global recession I warned about on Wednesday. But there is no point on ignoring the severity of the issues, with today’s post highlighting a new set of risks. 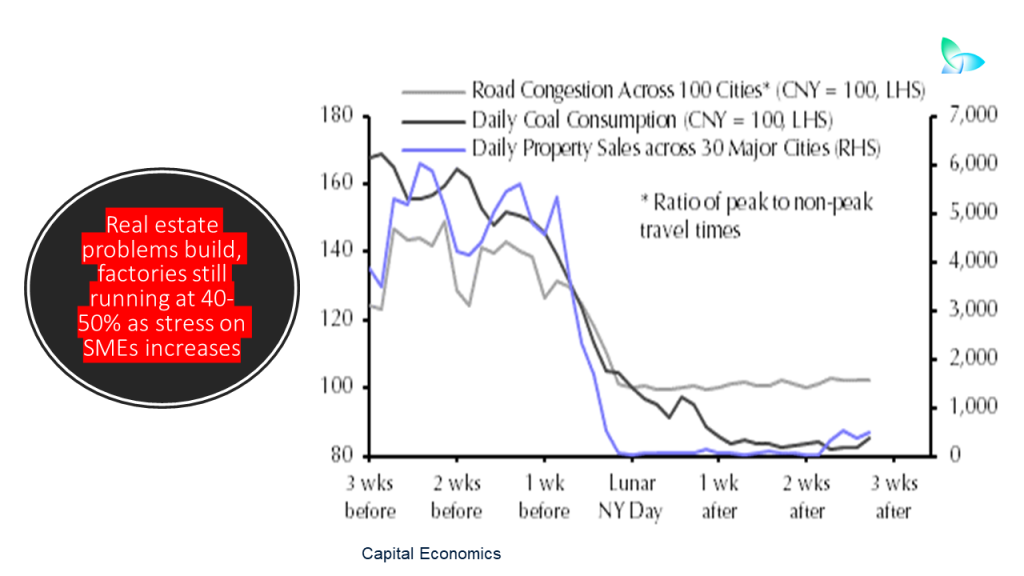 THE BIGGEST news this week might turn out to be the problems of the Chinese conglomerate, the HNA Group, which is being bailed out by the government. This is one of those occasions where the macro picture overshadows all the issues specific to the petrochemicals business.

“The People’s Bank of China said it will work on supporting domestic consumption [in response to the coronavirus outbreak]. A takeover of a high-profile company like HNA would take these efforts to a new level”, writes Bloomberg of the prospective takeover.

HNA is a conglomerate with airline, real estate, hotel and banking assets both in China and overseas. It has been struggling with debt for years, is seen as one China’s most aggressive conglomerates, and has spent $50 billion on acquisitions that have included stakes in Deutsche Bank, Hilton Worldwide and prime property in New York, Sydney and San Francisco.

Will there now be a contagion effect across other real estate developers given the steep fall in property sales since the Lunar New Year? Will developers soon start running out of cash?

At the level of the small -and medium-sized enterprises – which have long run on low margins and have struggled to access capital over the last few years due to the shift in financing towards bigger companies – Julian Evans Pritchard of Capital Economics was quoted in The Guardian as saying: “Our best guess is that there is still a window of another week or so during which, if economic activity rebounds, the bulk of employees including at vulnerable SMEs would probably keep their jobs.

He added that with large-scale layoffs avoided, consumer spending would recover quickly due to pent-up demand. This would allow the self-employed and family-run businesses to recoup much of their recent loss of income.

But he said that with each day that the disruption dragged on, the risk of a protracted slump in output rose.

“If activity is not clearly rebounding by the end of next week, we will revisit our annual growth forecasts,” he said.

China’s factories are running at 40-50% of capacity, according to Bloomberg.

The good news might be that for several days now, the number of new cases in Hubei province is reported to have been declining. But this might be because the methodology of measuring the number of infections has again changed.

Last week, the number cases jumped when it was decided to include amongst the number who had caught the disease those who only had received a preliminary diagnosis. Now the measure has returned to preliminary and full medical tests.

All of us of course that all the above turns out to be wrong, and that China, as it has done so many times in the past, pulls through its problems. But please be prepared for the opposite result.

PREVIOUS POST Global polyethylene demand in 2020 at risk of 2.4m decline because of coronavirus
NEXT POST China polyethylene imports could be 3m tonnes lower as economy seizes up