The views in this blog post are, as always, my personal views and do not reflect the views of ICIS. Thank you 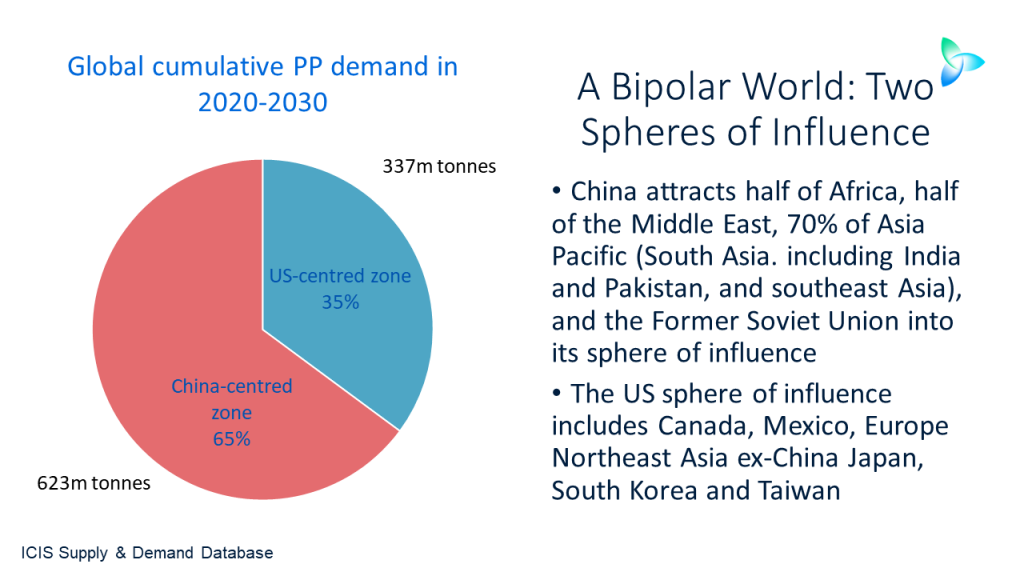 A VIEW often expressed is that if Joe Biden wins the US presidential election in November, relationships between the US and China will greatly improve. I believe, though, that the die has already been cast because of a bipartisan consensus in the US that the geopolitical rise of China needs to be countered.

I worry that what was already a drift towards a bipolar world before the pandemic has been accelerated because of allegations that China carries blame for the global outbreak of coronavirus.

The drift could be further accelerated by the US decision to close the China consulate in Houston. This is seen as an effort by President Trump to prove his mettle ahead of the November election. But behind the closure are US claims of Chinese intellectual property rights theft. Both Republicans and Democrats share concerns about intellectual property rights protection in China.

I am not expressing any opinions here on the rights and wrongs of each side in this new struggle between Superpowers (we’ve been here 16 times before in the past, according to Graham Allison in his book, Destined for War). This is not the role of this blog. I am instead seeking to dispassionately examine potential outcomes for the petrochemicals industry.

I believe geopolitics today matter at least as much as feedstock, technology and logistics efficiencies in determining where new petrochemicals plants will be built. As any real-estate agent will tell you, there are three factors that determine the value of a house: location, location and location. This is now the case with petrochemicals investments.

The ideal location will in my view be within the Belt and Road Initiative (BRI) region because a) This is the site of most petrochemicals demand and b) The China-led BRI will, I think, become the world’s biggest-ever free-trade zone, quite literally dwarfing the EU in size. I think the free-trade zone will be protected by tariffs and other trade barriers that will make it difficult for outsiders to conduct business within the zone.

Let’s assume that a US petrochemicals producer can afford to pay the duties to get into the zone. The producer might still not be able to trade with the world’s biggest demand region because may become self-sufficient.

Self-sufficiency would take a few more years to be achieve. But it can happen given that all Middle East countries are members of the BRI. They may provide China competitively priced oil and gas, enabling it to make more of its own petrochemicals.

The Middle East is of course itself a huge petrochemicals producer. The billions of dollars that China plans to invest in the Iranian petrochemicals sector serve as an example of how the Middle East, with Chinese support, could boost its petrochemicals capacity to meet China’s deficits – and the deficits of other developing countries in the BRI.

I could be wrong. The drift towards a bipolar world may not end up skewing petrochemicals investments very heavily towards the BRI region. The above split (see chart) between the US and China geopolitical zones, where I use polypropylene (PP) as an example, could turn out to be very different if the US attracts more developing-world countries into its orbit.

Alternatively, might China attract more than half of Africa, half of the Middle East and 70% of Asia Pacific? It may also be that there will be a lot of flux here with countries moving between the two zones.

Whatever the split between the two zones, this would still leave geopolitical analysis at the very core of assessments of petrochemical investments and trade flows. This is assuming no major rapprochement between the US and China. The chances of such a rapprochement seem to me vanishingly slim right now.

PREVIOUS POST China's real GDP could have been negative in Q2: What this may mean for PP
NEXT POST Why the polypropylene industry must switch from volumes to value