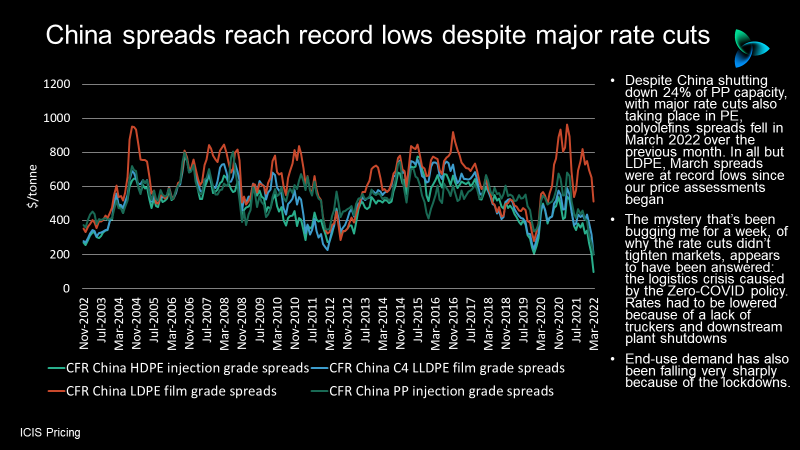 Reductions in production seem to have been forced by the logistics and demand challenges caused by Zero-COVID. 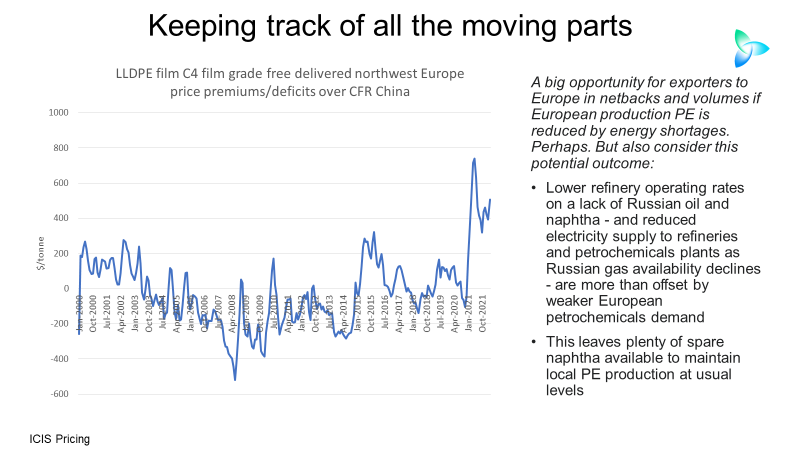 Lower refinery operating rates on a lack of Russian oil and naphtha -– and reduced electricity supply to refineries and petrochemicals plants -– may be more than offset by weaker European petrochemicals demand. 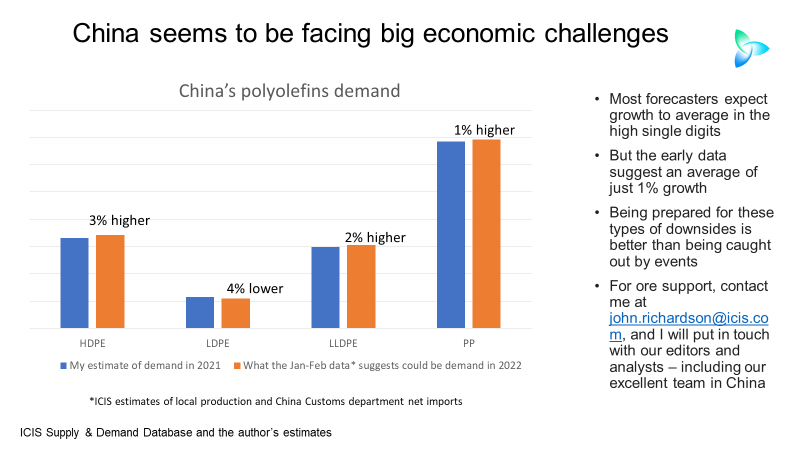 WE HAVE BEEN here before, of course. In April 2020, pessimism abounded about China’s growth prospects that turned out to be unfounded because of the extraordinary strength of its post peak-pandemic recovery. But circumstances that led to the economic rebound in the second half of 2020 were very different. 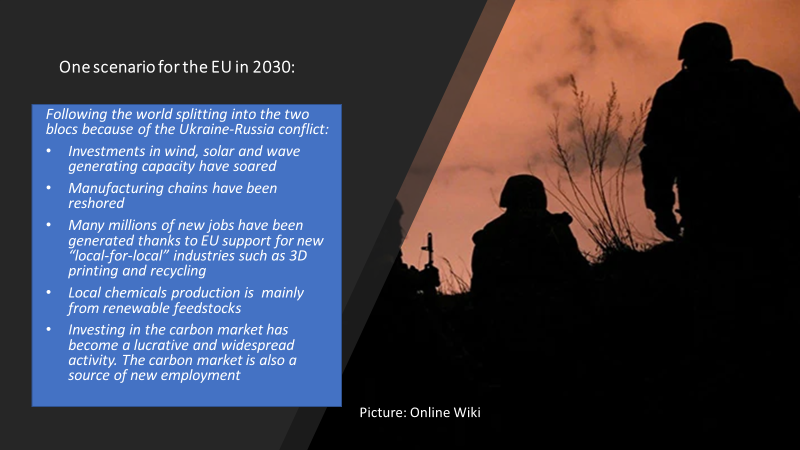 ”. Manufacturing cost pressures and the climate change and plastic -waste clean-up imperatives have created a new chemicals business model. No longer is financial success driven by sales-volume growth in chemicals. 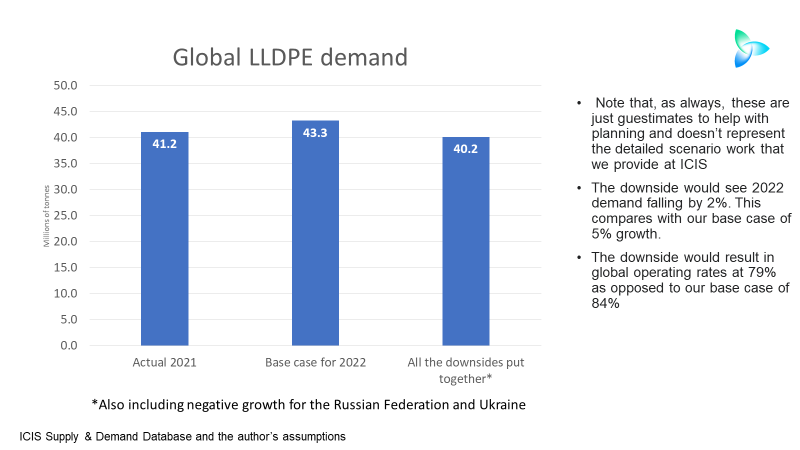 How on earth does one respond to the daily news flow? The answer must be headline scenarios – best, – medium and worst-case scenarios 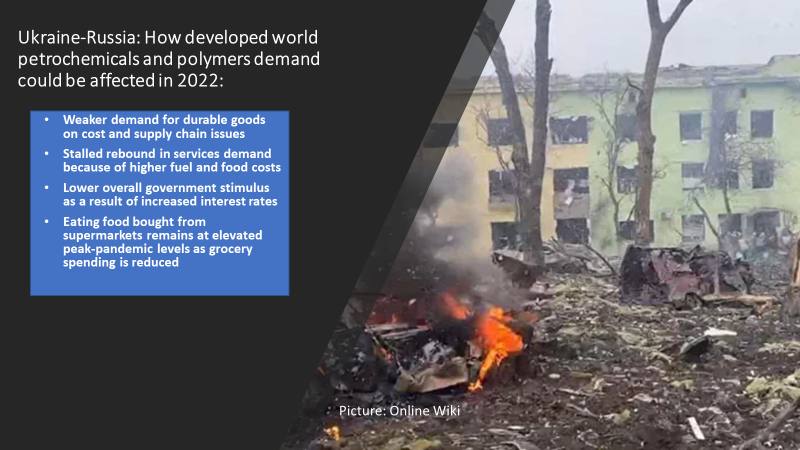 I hope what follows helps as a first pass at describing the new environment in which our industry is operating as a result of the Ukraine-Russia conflict. 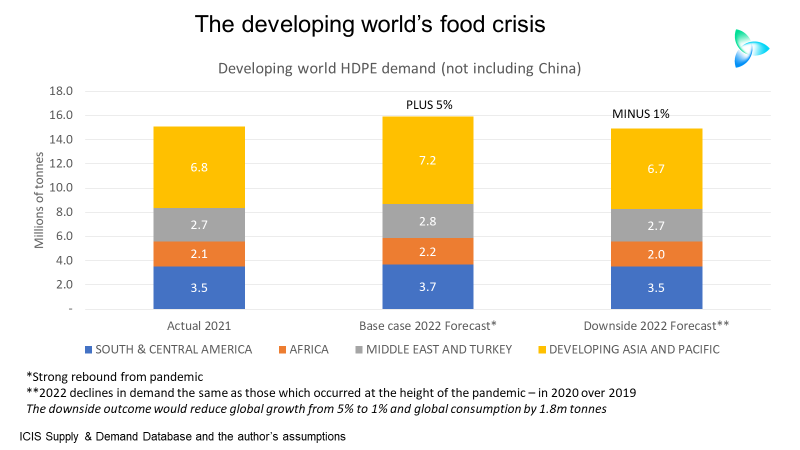 THE GLOBAL FOOD crisis is first and foremost a potential humanitarian disaster that must be avoided. But “must” doesn’t mean “will”, of course. Nobody should underestimate the scale of the challenges in front of us. 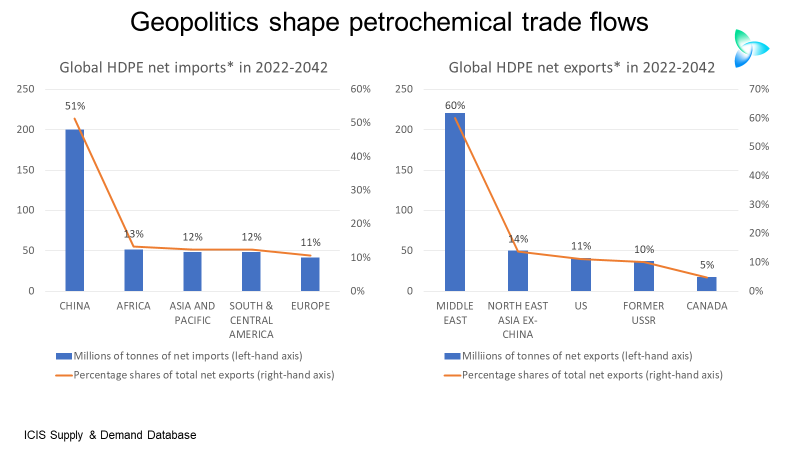 THE HEADLINE IN the above slide has always been the case. But why it was forgotten could be because many of us spent most, if not all, of our professional careers in the benign period between the end of the Cold War in 1991 and the pivot in the US approach to China, which happened some four years ago. 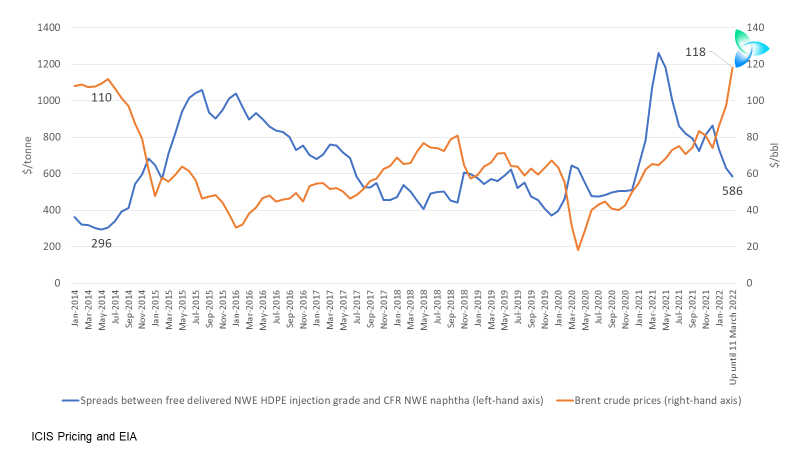 A NEW NORMAL for European (PE) markets could be underway, replacing the divided world of the last 10 months, as the chart below suggests. 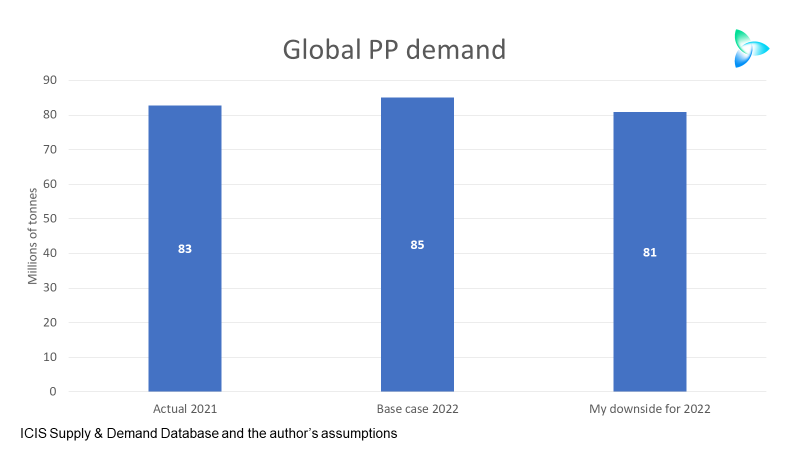 IF THE REPORTED new problems at Yantian container port –- the third largest in the world –- had happened before 24 February, the only concern would have been further disruptions to the global container business.

Back then, I would have only worried this would have caused yet another delay to in the fall in of east-west freight rates to much more manageable levels.

High container freight rates had limited the ability of Middle East and Asian producers to relieve oversupply in the dominant China market through exporting to the West. The oversupply was the result of a China demand slowdown caused by Common Prosperity and big capacity increases in China and South Korea.

But does it now even matter that much that Yantian is said by CNBC to be effectively shut down because of the coronavirus-related lockdown affecting Shenzhen –- the city of 17m people where the port is located?

Not if we are already amid a collapse in demand for Chinese exports more significant than any reductions in container-freight shipments, the result of high inflation.

Or maybe China will, as it has done in the past, subsidise its exporters to keep the China price cheap enough to sustain its export trade. There are reports of this already happening.