….as sustainability replaces globalisation as the new industry value driver 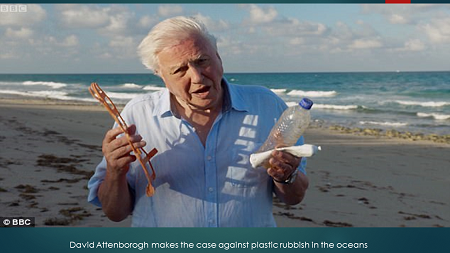 IT HAS always been illogical to claim that as Peak Oil Demand approaches this provides a great new opportunity for lots of cheap refinery feedstocks to meet booming polymers demand.

But this is a side issue. Much more importantly and much more immediately, the real heart of the logic vacuum is this: The same forces that are propelling weaker demand growth for transportation fuels will not apply to the polymers industry.

The same sustainability forces quite obviously do apply, as was clearly understood by the very senior delegates who attended the CEFIC Chemicals Convention in Vienna in October last year. I also attended.

All the executives I spoke to during the event were in no doubt that more legislation was on the way to tackle the pollution being caused by single-use plastics. The mood was, “We should act now before the legislation happens if we are to protect our revenues”.

The discussion wasn’t just about cents and Euros, however. It was also about the role the industry should play in being a responsible steward of our environment.

But it was of course recognised that being a responsible steward circled back to the threat to revenues. If the industry had a bad image public pressure would build on legislators, said the delegates. This would prompt new rules and regulations that would undermine the ability to produce.

This point was underlined only two days after the CEFIC event finished with the release of David Attenborough’s BBC documentary, Blue Planet 2.

The series included images of albatross parents unwittingly feeding their chicks plastic and mother dolphins potentially exposing their new-born calves to pollutants through milk contaminated by digestion of plastics.  During the series, Sir David made an impassioned plea about the need to act now to protect the oceans from plastic waste.

Here’s a timeline of three other recent milestones in the plastics debate:

Separating the bad from the good applications

A lot of the debate I am hearing amongst polymer producers focuses on the single-use applications that may disappear because of their low societal value.

Take disposal paper and plastic coffee cups as an example. Would our lives be really that much worse if we had to buy a re-usable cup and remember to take it with us every time we visit an espresso bar? This is truly a first world problem.

The scale of the environmental gain from this type of ban would be big. In the UK alone, 7m coffee cups a day are used – 2.5bn a year – with only 1% recycled because of the cost of recycling. It may be impossible to raise the recyclability of disposable cups much beyond 1%. So why not just ban them?

What about multi-layer food packaging, though? Multi-layer packaging might always be economically un-recyclable because of the cost and complexity of separating different layers of metals and polymers. What adds to the difficulty is that one package may contain several different grades of polymers.

In some multi-layer applications, there is clearly huge societal value. Meat, cheese, vegetables and pasta etc. are wrapped in this way. This improves global food security as multi-layer packaging keeps essential foods fresher for longer.

The plastic rubbish generated by multi-layer packaging of essential foods is more than offset by the value to society. So, even if cost-effective recycling remains unviable, we should just live with this source of rubbish.

What about sweets and crisps that are also wrapped in multi-layer films, however? If economic recycling is again impossible, shouldn’t multi-layer packaging for these applications be banned?

This would mean crisps (potato chips in America) and sweets would have to be made locally in smaller batches as shelf-life would be significantly reduced. Costs would, as a result, go up.

Dieticians and other health professionals might be happy at an effective tax on bad nutrition. But how would the general public and so the law-makers respond?

Multi-layer packaging seems to therefore be a combination of the good and the bad with plenty of grey area in between.

Next in line are the disposable plastic applications that are without doubt of huge societal value. What if, for example, no economic way can be found to recycle disposable syringes and pill bottles? What if efforts to make syringes and bottles from alternative materials also fail? Do we just ban them? Of course not.

Many polymer producers see part of the answer as investing heavily in R&D to make disposable plastics more recyclable.

They are working hard with plastic converters and retailers to produce new grades of polymers and new packaging designs that are a.) Cheap enough to produce, b.) Of the right design to achieve the same, or close enough to the same, packaging performances as in the past and C.) Most importantly of all, capable of being recycled.

Some if this work might fail, as I said earlier. It could always remain impossible to cost effectively recycle certain types of plastics packaging.

What if, though, one or more of the various technologies out there to turn plastics into transportation fuels – and possibly, I understand, also eventually naphtha – prove viable?

If these technologies work commercially it won’t matter if there is a failure to make disposable coffee cups economically recyclable. The cups will instead be fed into these plants to make fuels and naphtha. In so doing, the polymers industry will have protected these types of applications from commercial extinction.

Let’s think through how this could create a new polymers value chain:

I believe that these new integrated sites will have to be “local for local”. This is because the cost of collecting and transporting plastic waste long distance will be both economically and environmentally unviable. China has just demonstrated this latter point with its ban on imports of plastic waste from the West.

Other developing countries have become targets for exports of the West’s plastic waste. But these alternative markets will never be big enough to replace China. Further, they seem likely to eventually ban imports of scrap plastic for the same environmental reasons that led to the China ban.

The new local-for-local integrated sites that I described above could make each region and country much more self-sufficient in polymers. This would make the export-focused investment model redundant – for example, building a big new stream cracker-to-PE complex in the US with most of the output destined for exports.

This underlines the argument I’ve been making for the last two years, which is that sustainability will replace globalisation as the biggest value driver for the polymers industry.

I can hear you say, “Ah, this is all theoretical nonsense. I don’t have to even think about changing my business model.” Events won’t of courses turn out exactly as I’ve described. But do not underestimate the pace and scale of change as a result of the rise of sustainability.