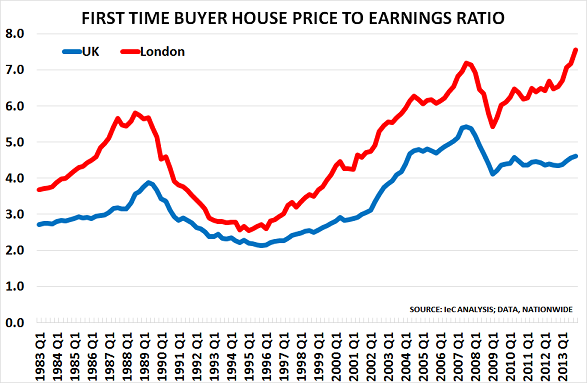 Most people, if they are lucky, never get to see a property bubble during their lives.  But those of us alive today have seen two distinct types of bubble in action:

Leading investor Mark Faber described this phenomenon in a Barron’s article in July 1992, which the blog kept for historical interest as it had seen the problem develop in Bangkok and Tokyo whilst working in Asia at the time.  Faber suggested it was the 4th stage of a 6-stage investment lifecycle, and was a rebound after the initial market collapse:

“The rebound in this Phase is very tricky.  The economy is still doing well, and the rally is usually powerful enough to induce even the sceptics back into the market.  If the fall from the previous market high has been very severe, many investors will be convinced that the market has already reached its ultimate low and is now recovering.

“I believe that time and psychology are important factors in determining whether this is true.  A quick recovery within 6 to 18 months after the high (as is the case in London today) is a sign that the excesses have not been fully wrung out of the system.  In terms of psychology, there is also a noticeable difference.

“People remain optimistic and confident about the economic prospects.  Whereas at a true bottom, pessimism is rampant as a result of total wealth destruction.

“Usually the transition into the final collapse is very subtle.  Usually there is no panic selling, but prices begin to drift lower and remain in a low-volume downtrend for an extended period, before credit deflation takes hold.

However, though the end result may be the same, London’s current speculation has a different cause from Tokyo’s or Bangkok’s in the late 1980s.

Today’s foreign buyers in London (and New York, and other ‘global cities’) come from Asia, the Middle East and Eastern Europe.  Many are not trying to profit from a new ‘hot’ destination.  Instead,  they fear social unrest and possible financial uncertainty at home.

Thus they are not investing for profit, but to avoid loss.  As one foreign buyer told the blog – “I know I will probably lose money on my London apartment, having paid $10m for it  But even if I lose 90% of the money, I will still have successfully moved $1m into Europe to support my family for the future.”