One of the good things to happen in the pandemic over the past year is that ‘cooking has become the new commute’ for many people.

Working from home means they have often saved an hour or more a day in commuting time. And instead of sitting in a crowded bus or train, or being stuck in a rush-hour traffic jam, they can instead unwind in the kitchen.

In turn, this has led to a number of other benefits:

And it is unlikely we will go back to the old ways of life once the lockdowns end.

Of course, there are plenty of reasons why we might want to work in a office for part of the time – to meet our colleagues, to learn how to operate in a new job, or simply to have a break from being at home. Nobody doubts that working from home in a flat-share can also be a trying experience.

But overall, we are likely to see a variety of “experiments” by employers and city authorities aimed at capturing the benefits of working from home, and minimising some of the obvious downsides.

The photo shows one of the initiatives taking place in Gothenburg, as part of Sweden’s ‘Street Moves’ project. The country has 40km (25k miles) of streets, which has only been used for parking. Which, of course, is a fantastic amount of wasted land, when you come to think about it. And very often, it is land in the most expensive parts of the country.

So Sweden’s Innovation Agency is testing out all kinds of new concepts in the project to understand:

“What the streets could be used for and, behind the scenes, about how we can take parking spaces away in the city, because it’s obvious that that’s a bad use of a crucial public realm. “How do you create something that can sit on those spaces and feel like something worth doing, so the city doesn’t say: ‘I’m losing a parking space’?””

Sweden’s trials derive from the experiment taking place in Paris, aimed at reducing the amount of travel needed for people to go to work, to shop, to take kids to school and to meet friends.

Unexpectedly, the concept got a major boost from the lockdowns as one resident explained:

“The two-month lockdown that began on 17 March – confining her to a 1km radius of her home – gave her a nuanced, enriching view of her neighbourhood. “I discovered it’s possible to feel like you’re in a small village in Paris,” she says. “To get to know your neighbours, to maintain good links with shopkeepers, to favour local craftsmen and shops over large supermarkets. I even joined a citizens’ movement where people prepare food baskets for homeless people.”

As the BBC note, the concept is very popular, with mayor Anne Hidalgo easily winning re-election last year based on the success of the programme. High-polluting vehicles have been banned, the quays along the Seine have been reserved for pedestrians and cyclists, and 50km of bike routes were added over the past year.

City centres will likely never be the same again after the pandemic. Office buildings will have to be converted to new uses, and a new eco-system will need to be established based on neighbourhoods rather than commuters. Not all the ideas will work successfully, as Paris admits:

“The 15-minute city is not a silver bullet.  Today our neighbourhoods are segregated by money – rich, poor, middle class, workers, bars, offices. There’s great segregation. But what we must do is use 15-minute cities to focus on the common good. With enough funding and support, deployed in the right way, we can guarantee they are for the people.” 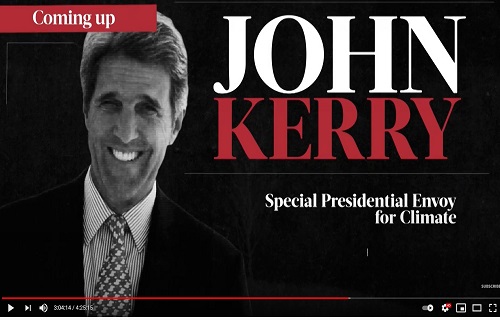 But the really big changes are still ahead.  City centre projects like these will be a key part of COP26’s initiatives to reduce CO2 emissions. Already more than 10000 cities worldwide, representing 1bn people,  have signed on to the Global Compact of Mayors for Climate & Energy.

As President Biden’s special envoy for Climate Change, John Kerry, said last week (starts at 3:04 on the video link above):

“Reductions in carbon emissions have so far only totaled 1%.  The next decade will therefore be make or break when it comes to addressing climate change. If we don’t act today, the scale of change needed by 2030 will simply be impossible to achieve.”

Suddenly, the 3 major regions of Europe, N America and China are all moving in the same direction. They have realised the Green Revolution is key to achieving a lasting economic recovery from the pandemic.

Excitingly, also, there are vast amounts of money available to fund the projects that are required and the new technologies that need to be developed.