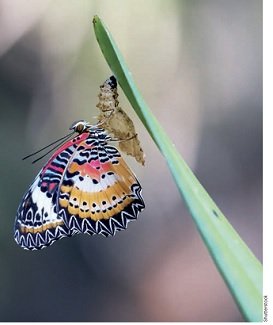 ‘Business as usual’ seems a most unlikely outcome as we look forward over the next 6 months. The pandemic may well bring further trials for us to endure. We also have to set budgets for the next few years, and so we will need new strategies and business models to respond to the Net Zero challenge, as I describe in my new analysis for I.C.I.S.

The past 6 months has been challenging enough, as markets have been upended by supply chain chaos. The cost of shipping containers increased more than four-fold on major routes such as China-USA due to the urgency of moving PPE equipment around the world. In addition, there were port lockdowns and quarantine-related delays for sailors trapped on board ships. Collectively, these problems meant that less than 40 per cent of ships arrived on schedule in Q1.

These shortages led to understandable panic in purchasing departments, which rushed to place multiple orders in the hope that one, at least, might get delivered. And the problems were magnified by hedge fund speculators, who pushed oil prices up by 50 per cent between January-June. As always, this led buyers to bring forward orders in anticipation of higher product prices.

Unfortunately, financial markets took these shortages at face value and decided that demand was suddenly seeing a major recovery. So we then saw a ‘reflation trade’ trade begin, with interest rates rallying and dire predictions of a return to 1970s-style inflation rates. Even the housing market was temporarily caught up in the frenzy, with US lumber prices more than doubling from $700 to $1670 in May before reality set in and they collapsed back to $600.

And if this uncertainty was not enough, the COP26 climate change conference in November means we also have to focus on the likely impact of Net Zero policies. The oil industry is set for a major paradigm shift, with the International Energy Agency arguing that no further investments in fossil fuels are needed beyond the end of this year, given the urgent need to decarbonise transport fuels.

Transport accounts for two-thirds of oil demand in the USA. And globally, it accounts for 25% of total energy demand. Major international oil companies are already announcing plans to refocus their business away from transport fuels such as gasoline and diesel, and to close refineries. In turn, the chemical industry now has to plan for a potentially major decline in feedstock availability over the next few years.

Luckily the auto industry provides a case study in the changes that are required. It is going through a genuine transformation, just as a caterpillar transforms via the chrysalis stage into a butterfly:

As a result, leading automakers such as VW are now accelerating their own transformation to become software-based suppliers of mobility solutions. As VW have noted:

“Anyone who believes that the e-car alone will take us into the future is mistaken. The real gamechanger is digitalization. Electrification, software-defined products, new business models and autonomous driving – these 4 major forces are driving future development.”