Spot LNG prices in east Asia have fallen back rapidly over the last eight weeks, from a year high of $12.25/MMBtu on 17 September to just over $10.00/MMBtu for front-month LNG in mid-November, down more than two dollars.

The ICIS East Asia Index (EAX) has traded above last year’s levels throughout the current year. In mid-summer it spiked higher during a heatwave in Japan, which drove up demand for power generation fuel in the world’s biggest LNG importing nation. Traders might then have expected a dip back in prices in the third quarter ahead of the usual winter-demand related increases, but this year the pattern was reversed, with a bump up in the shoulder period of August-September, followed by declining prices ahead of winter.

Spot LNG demand has been subdued from the key importers such as Japan, China and South Korea so far this quarter. The restart of Japan’s 890 megawatt (MW) Ikata 3 nuclear reactor at the end of October could cut the country’s annual demand by up to 1m tonnes/year, while the first 4.5 million tonnes per annum (mtpa) train at Australia’s Ichthys LNG project has started up, providing a boost to regional supply. Ichthys shipped its first cargo, on the 182,000 cubic metre (cbm) Pacific Breeze, to Naoetsu in Japan in the last week of October.

And yet it may be too early to call it a bearish winter. China’s strong demand growth surprised the market last winter. The country took steps to plan ahead this year, arranging more spot deals and contracts to fill up storage, but this may have pulled winter peak prices forward into the third quarter, rather than eliminating them entirely. Stocks will deplete over the coming weeks as heating demand builds up, and there remains the distinct possibility of another upturn when they need to be replenished.

The fall in Asian spot prices has cut their premium to spot gas markets in Europe, removing any incentive to reload LNG from Europe to Asia, and leading increased volumes of LNG from the Atlantic to be delivered into northern Europe’s spot gas markets. Although Asia remains higher in absolute terms, the extra cost of shipping to the region means that many Atlantic sellers prefer to sell into Europe. Low shipping availability has heightened the effect, with short-term charter rates rocketing for the few vessels still left in the market to $190,000/day.

The ICIS EAX December average was $10.459/MMBtu during its period as the front-month assessment, from 16 October to 15 November. This was down 7% from the average for the previous front-month, but up 14% from the previous year. This matched similar movements in crude oil prices, which were down around 8% on the month, but up 24% on the year.

Crude oil has been sliding as fears over the impact of US sanctions on Iran recede. This will lower the price of the long-term oil-linked LNG contracts against which spot LNG competes. However, a significant upside potential remains if severe cold spells this winter drive spot LNG prices towards crude oil parity, as would be required to drive generators to switch power generation from gas to oil.

The ICIS Northwest Europe Index (NEX) has averaged $8.453/MMBtu over the last four weeks, some $2.006/MMBtu below the EAX. The tighter spread between Europe and Asia has seen an upturn in deliveries to northern Europe, including some from the more unusual producers, among them the UK’s first cargo from Equatorial Guinea since December 2010, and the first ever Peruvian cargoes to the Netherlands, including one delivery from the 138,000cbm Methane Kari Elin. The ICIS South America Index (SAX) averaged $9.504/MMBtu, but with the southern hemisphere entering summer, demand there is weaker. 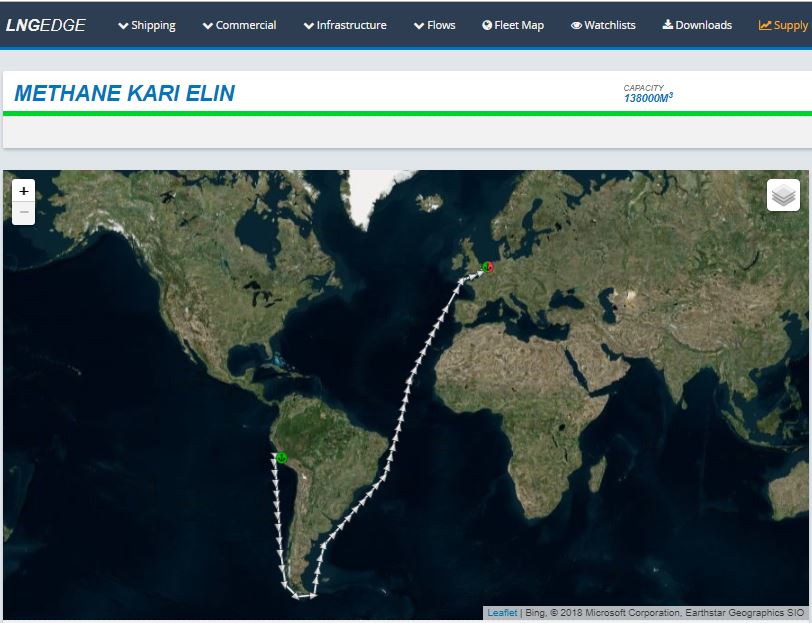 In mid-November, with the majority of winter still ahead, the market faces both bullish and bearish factors. In the US, the Henry Hub saw a surprise spike in winter contracts in mid-November, with prices rising from their usual $3/MMBtu levels to $4.50/MMBtu or higher, on concerns about the ability of shale gas production to keep up with cold winter demand. Meanwhile, global weather forecasters suggest that there are signs of El Nino climate conditions in the months ahead. This could mean a milder winter for the key LNG import region of east Asia, but potentially a dry and cold start to 2019 for Europe, which could therefore soak up any excess LNG.

New projects are coming onstream over the coming weeks in addition to the recent first cargoes from Australia’s Ichthys LNG. In the US, Cheniere Energy’s 4.5mtpa Corpus Christi plant started LNG production on 14 November, with the first cargo expected to depart soon afterwards. Cheniere also expects production from the fifth 4.5mtpa train at its Sabine Pass plant before the end of the year.

Russia’s Yamal LNG project is commissioning its third 5.5mtpa train. Concerns have been expressed about potential shipping constraints on the project’s exports, given the limited number of vessels able to load from the icy waters over winter. However, this appears to have been addressed by plans to focus the ice-class tankers on shuttle-runs from Yamal to a new trans-shipment point at Kirkenes in Norway, where normal tankers can take over the cargoes. 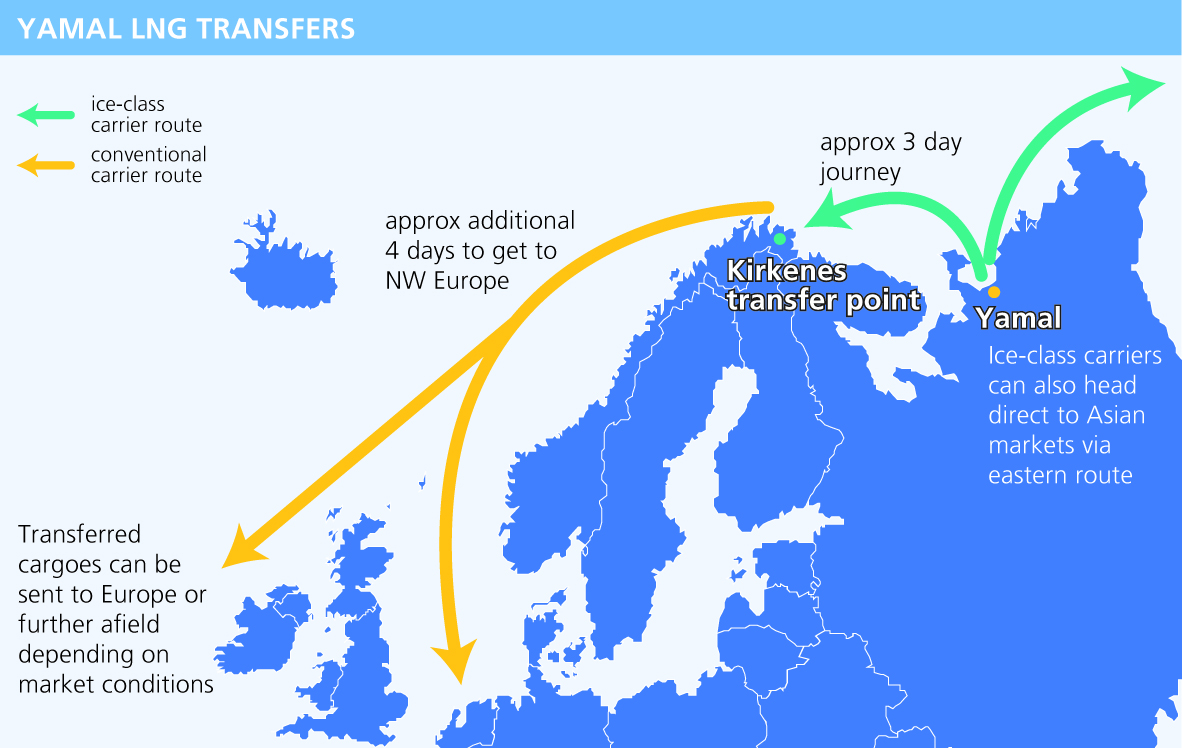 The other project expected to start up this year is Prelude, Shell’s floating LNG production vessel off Australia. If Asia has a mild winter and new projects start up successfully, spot LNG prices may remain in their bearish mood. But if the US and Europe turn colder at the same time as China returns to the market, once its initial stocks have been run down, global competition could yet boost prices higher in the latter part of winter.

Spot LNG prices in east Asia fell back slightly over the four weeks from mid-Sep...