European and Asian gas prices have re-converged at the end of a winter that saw a dramatic spike in prices for spot LNG deliveries to east Asia in January. Cold weather in China and Japan and shortages of power generation fuel raising blackout fears saw the ICIS East Asia Index rise over $30/MMBtu in January, three times the European TTF spot gas price level.

By March, however, the end of winter saw prices move back in line as demand fell, coupled with increases in global supply. Australia’s Gorgon LNG plant brought its first 5.2 million tonnes per annum train back into operation at the end of February after repairs to propane kettle cracks, having worked on the second train at the end of last year. Australia’s 3.6mtpa floating Prelude plant is also back in operation, having been shut for most of 2020 after a power supply failure at the start of the year.

The industry’s attention is now turning to summer and questions over the supply/demand balance for the period ahead: will increased demand to replenish storage after a cold winter, and market growth, offset the oversupply that led to large numbers of cargo cancellations from the US last year?

The ICIS East Asia Index for cargoes to be delivered in April 2021 averaged $5.993/MMBtu during its period as front-month from mid-February to mid-March. This was down 25% from the previous month’s average, though up 95% from the same time last year. The previous year, and the year before that, the winter had been relatively mild, reducing gas demand.

The ICIS TTF for European gas and LNG averaged $5.853/MMBtu over the same period, more or less in line with the EAX. This returned the markets to parity for the first time since the winter began. That change in prices, meant that the world’s biggest LNG producer, Qatar, began to shift some of its flexible volumes back away from east Asia to Europe.

On 28 February 2021 the 266,000cbm Mozah delivered the first Qatari cargo to the UK since 3 November 2020, a record gap of 117 days between cargoes. That was the longest gap since the UK’s South Hook LNG terminal, the main home for Qatari cargoes, opened in 2009. Meanwhile Belgium’s Zeebrugge LNG terminal received the 216,000cbm Al Gharrafa tanker from Qatar on 4 March 2021, that country’s first Qatari cargo since 22 October 2010.

Europe is now enjoying a significant increase in LNG deliveries compared to the peak winter months. Apart from returning Qatari volumes, there are also significant amounts from Russia’s Yamal LNG plant, from the US and from other local producers such as Algeria and Nigeria. US exports, meanwhile, had dipped in February after oil and gas production in the country was hit by February’s extreme deep-freeze that halted wells in Texas. But the US is now increasing exports again, with feedgas at record rates over 11 billion cubic feet/day, including to the 4.5mtpa Corpus Christi train three, which is ramping up towards commercial completion. 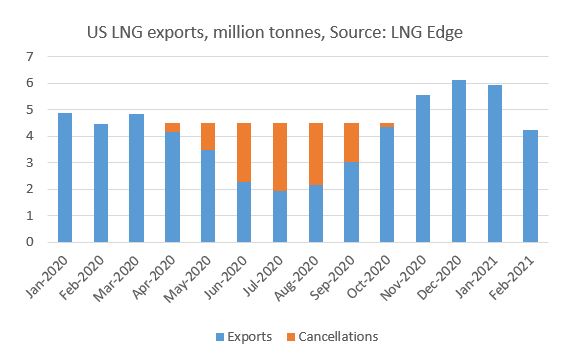 Will the US have to cut back again this summer? To prevent cutbacks, there needs to be enough demand to draw back the 10 million tonnes cut last summer, as well as to account for new production from facilities including the 4.5mtpa Corpus Christi train 3, Australia’s 3.6mtpa Prelude plant that was off last summer, and Egypt’s 4.8mtpa Damietta plant, which restarted this year for the first time since 2012. Other producers, including Malaysia, also saw reduced exports last summer and might like to turn up this year.

Europe’s onshore gas storage could provide a potential home for this supply. A cold winter after two mild winters has left storage much emptier than in 2019 or 2020, with stocks as of mid-March perhaps 27 billion cubic metres lower than last year. However, LNG will have to compete against pipeline gas suppliers including Russia and Norway to win this market. 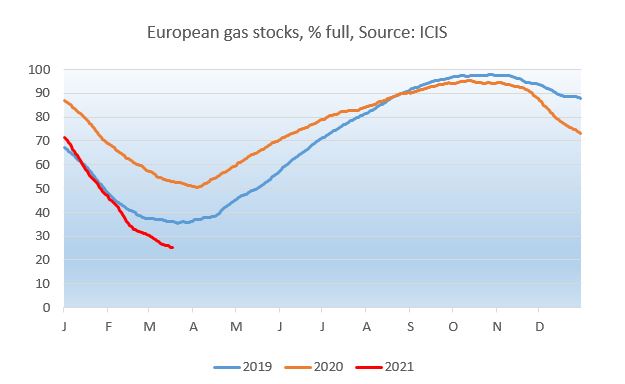 There is also higher demand expected from China, the fastest-growing LNG market of recent years, as well as the south Asian countries of India, Pakistan and Bangladesh. Another factor that should reduce the potential for oversupply this summer is the shutdown of Norway’s 4.3mtpa Hammerfest LNG plant at the end of September 2020. It is expected out for a year, meaning it should miss summer 2021.

Interest continues in trading carbon neutral LNG, which means delivering a traditional LNG cargo with a matching number of credits earned from carbon reduction projects, such as forestry work. On 8 March 2021 Europe received its first-ever carbon neutral LNG cargo when Russia’s Gazprom delivered LNG aboard the LNG Megrez to Shell at the UK’s Dragon LNG terminal. 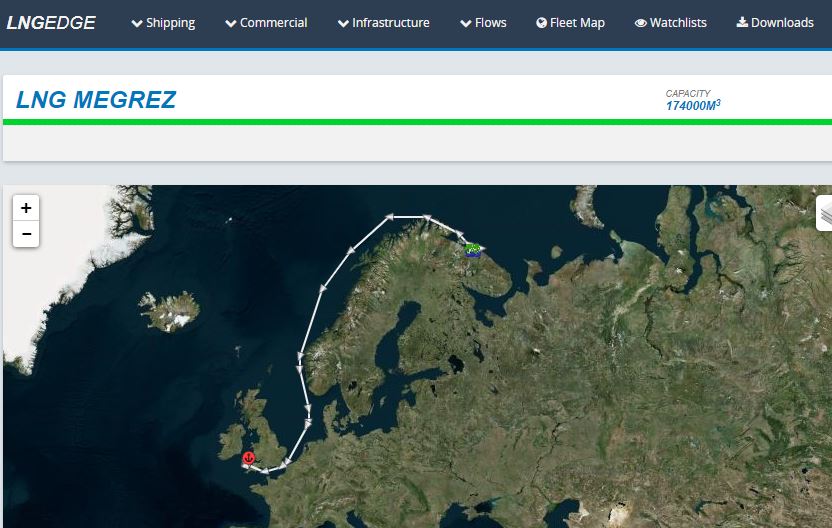