Spot LNG prices for May delivery-cargoes held steady over the past four weeks as the market swung back into a period of growth on the back of healthy supply matched by demand for storage reinjections in Europe and elsewhere.

The ICIS East Asia Index averaged $6.889/MMBtu from mid-March to mid-April, trading fairly flat across the period. This was up 15% from the previous monthly average, and up 142% from the same time in 2020. 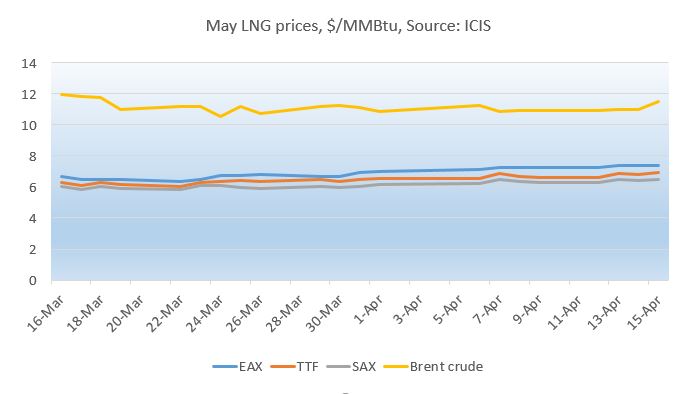 The EAX for May deliveries last year had averaged $2.850/MMBtu as the market headed into a summer of oversupply. The early months of 2020 had been relatively mild, leaving storage levels high at the end of winter. US exports meanwhile were growing, with the start-up of new trains at the Cameron and Freeport plants. That sent prices plummeting, until US plants cut back their supply.

This year the winter was much colder in east Asia and Europe, draining stocks, with Europe for example ending winter some 27 billion cubic metres of gas lower than the year before. Producers have a hungrier market to sell into, enabling the global market to grow.

Global LNG exports in first quarter 2021 were pretty flat from first quarter 2020, at around 97 million tonnes. February exports were hit by the deep-freeze in Texas that month that shut much oil and gas production in the region. But the market returned to growth in March.

The ICIS LNG supply forecast predicts that exports in Q2 2021 could grow some 8% from the same quarter last year, rising to around 93 million tonnes. The US has recovered from February’s cold spell, and Cheniere’s third 4.5mtpa train at Corpus Christi is now fully commissioned.
Egypt is also a source of supply market growth, with the Damietta LNG plant having returned strongly after coming back from an eight-year shutdown between 2012 and 2021. Damietta has loaded six cargoes already up to mid-April this year.

Market growth and stronger prices this summer should result in a boost to profits for major LNG producers after some disappointing financial results last year.

The most dramatic event of the past month was the blockage of the Suez Canal on 24 March after the Ever Given cargo ship ran off course during its transit through the canal. The blockage caused at least two Qatari vessels, the Al Mafyar and the Al Samriya, to divert away from the canal and start taking the much longer route to the UK and Europe around South Africa’s Cape of Good Hope instead. This could extend their journey by around ten days.

Qatar is the biggest LNG producer using the canal, to send ships to Europe, and would have been most impacted by any long-running closure. This could have slowed Europe’s storage injections over summer had all Qatari exports been required to take the longer route around the Cape. Russian Yamal LNG cargoes heading to Asia via Europe would also have been affected. In the event, however, the blockage was cleared after a week, and transits soon resumed.

Norway’s 4.3mtpa Hammerfest LNG plant remains out of action after a fire in late September 2020. The plant received an LNG cargo from Russia’s Yamal LNG in early April 2021 to supply volumes to keep the plant’s tanks cool. 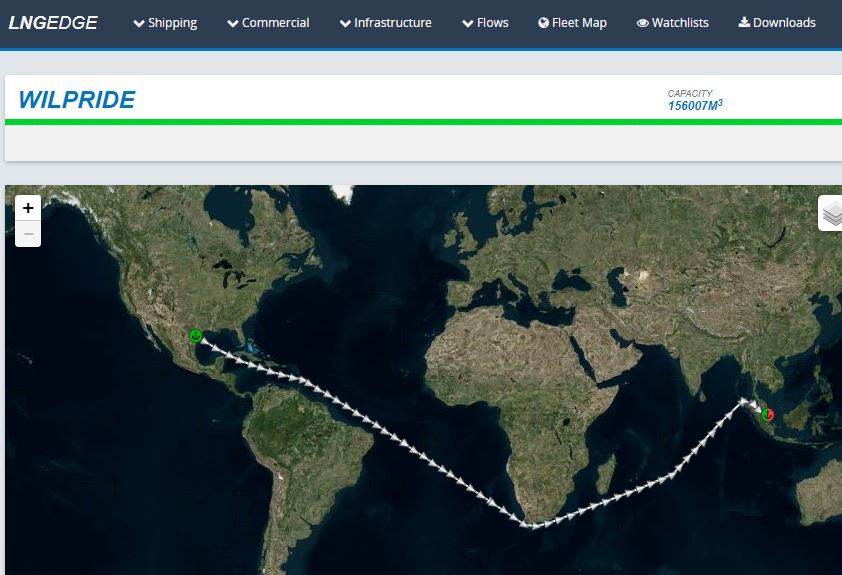 Interest continues in carbon neutral LNG deliveries. Singapore has now received its first carbon neutral cargo, with Pavilion Energy buying a cargo accompanied by a matching number of offset credits in April. LNG Edge ship-tracking indicates the delivery was made on the 156,000cbm Wilpride, with a cargo from US Cheniere’s Corpus Christi plant on 11 April.