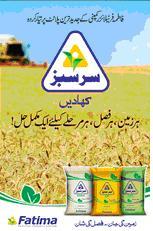 SINGAPORE (ICIS)–Pakistan’s Fatima Group and its Danish partners are looking at building a world-scale fertilizer project, which is estimated to cost around $1.0bn (€760m), in Africa, a senior company official said on Thursday.

The project will be set up in a country that has the most feedstock advantage within the African continent, the official who declined to be named told ICIS.

Fatima Group, Pakistan’s major producer of urea, calcium ammonium nitrate (CAN) and nitro phosphate (NP), has two facilities with a combined capacity of 2.1m tonnes in the agricultural heartland of Punjab province. (please see table below)

It owns Pakarab Fertilizers Ltd that operates in the southern city of Multan, and Fatima Fertilizers Co Ltd in Sadiqabad.

“Since [the] two generally used raw materials for fertilizer manufacturing are natural gas and phosphate rock, we will look to set up the new fertilizer facility in those African countries which have these resources in sufficiently large and economic quantities and of the right quality, including Algeria, Nigeria, Tanzania and Mozambique,” the official said.

“The Danish Industrialization Fund for Developing Countries and Haldor Topsoe of Denmark have agreed to partner with Fatima Group for the new plant in one of these alternates,” he added.

Officials from Danish catalyst company Haldor Topsoe could not be immediately reached for comment.

“It could be a mixture of equity and debt, with part of the funding from international sources. However, Fatima Group would retain the management rights of the project,” the official said.

Construction is expected to start once the funding structure and terms of gas/phosphate rock supply have been finalized. A project of such scale typically takes take between three to four years to come on stream after achieving financial close, the official from Fatima Group said.

Once online, the fertilizer plant will first cater to domestic farming community where it is located, with its excess output to be shipped out to other markets, possibly including Pakistan, the official said.

“With no [domestic] expansion in manufacturing [of fertilizers] in the pipeline due to acute gas shortages, Pakistan is also another potential market for our new venture,” the company official said.

Pakistan is a net fertilizer importer, taking in roughly 2-3m tonnes of various kinds of fertilizers, such as urea and di-ammonium phosphate, on an annual basis.

In 2011, the south Asian country’s fertilizer consumption stood at 8.3m tonnes, about 82% of which were met by domestic production, while the rest was imported, according to industry estimates.

Urea is the primary fertilizer used for various crops across Pakistan.

Its urea production last year was 4.9m tones, while its total consumption was higher at 5.9m tonnes.

Pakistan is short of feedstock natural gas that prevents its fertilizer plants to run at full rates. Its urea production capacity is 6.5m tonnes but the industry was only able to produce 4.9m tonnes in 2011, putting the average capacity utilization at 75%.

The country’s gas shortage is estimated at 683 million cubic feet per day (mmcfd), according to official estimates.