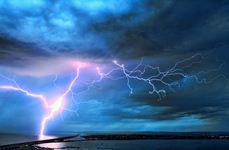 LONDON (ICIS)–Following on from a volatile 2012, European aromatics are braced for a continued rollercoaster on supply and pricing next year, with benzene costs in particular expected to continue along a bullish path.

The story of benzene in Europe in 2012 has been one of almost uninterrupted bullishness on pricing. The adoption of lighter feedstocks among cracker operators has led to lower yields of pyrolisis gasoline (pygas), the key feedstock for benzene production.

Growing supplies of paraffinic crude grades in the US, such as Eagle Ford and Bakken, also yield less aromatics through the refining process, a trend that looks set to become even more widespread throughout the industry.

The tightness on benzene is also increasingly a global concern as 2013 approaches. With numerous phenol and bisphenol A (BPA) plants coming on stream in China next year, this will pull heavily on benzene supplies in the region.

Since 2008, the downturn in the Chinese steel industry has also led to reduced the output of benzene-rich waste stream from coke production.

“Next year is looking horrific,” said one player in the region. “Coal benzene [production] has slowed down. They have to import benzene from Korea. For the first time in my life I see prices equal to Rotterdam and the US. If it doesn’t improve, I believe that coal-based benzene will be more expensive than Europe [in 2013].”

Asia is already a key exporter of benzene to the US, where prices reached record highs this year on supply restrictions. Many have already predicted that the US will remain tight throughout next year.

One key European benzene consumer expects the first half of the year to remain tight on these dynamics, a sentiment that has been echoed by many others in the market. After that, players are unwilling to speculate, though most predictions favour the unpredictable.

“Benzene will continue to behave as it did in 2012,” said a styrene trader earlier this year at the 46th annual European Petrochemical Association (EPCA) meeting in Budapest. “If crude stays high, this will be reflected in benzene and styrene pricing.”

The European styrene market has struggled with the soaring cost of benzene this year amid weak demand from key sectors like polystyrene (PS) and increasingly expandable polystyrene (EPS), previously considered a pocket of steady growth in Europe, with the construction downturn negatively impacting insulation demand.

While demand may start to recover next year, the styrene market will also face the challenge of up to 30,000 tonnes being pulled out of Europe each month for derivative production.

“Styrene will be a different ball game next year,” one trader said. “Egypt will be drawing material out for polystyrene. It will be harder to get product.”

While the arrival of imports and the switching on of hydrodealkylation (HDA) units – using toluene to produce benzene – have both helped alleviate the soaring European numbers, these have proven to be only stop-gap measures in what is now looking to be a permanent supply dynamic for benzene going forward.

In the case of HDA production, the problem is one of economics, as toluene prices have also firmed throughout 2012 on restricted supply.

Western Europe has also seen fewer toluene imports coming from the traditional exporting hubs of Poland and Bratislava this year, as derivative plants continue to pull material amid steadily growing demand for foam and urethane applications.

Free on board (FOB) deals were done for prices as high as $1,450/tonne (€1,102/tonne) this year, as players scrambled to cover positions in what was described by some players as a dry market, following a declaration of force majeure on mixed xylenes (MX) by one producer.

One toluene supplier had already started to cut contract volumes in 2012, and several players expect that availability will remain a concern in Europe next year.

While demand has steadily dwindled for European xylenes, reduced production output and talk of potential plant closures may keep prices volatile next year.

Globally, paraxylene (PX) will tighten in 2013 with the start-up of numerous purified terephthalic acid (PTA) plants in China. Asia’s PTA capacity is expected to reach 69m tonnes/year in 2015, a 60% increase from 43m tonnes/year in 2011.

The impact of this on the Asian PX market will be felt markedly in Europe, where monthly contract talks continue to take their cues from the far east. While Europe has fundamentally different demand dynamics and even production economics, with Asian producers utilising the gasoline path as opposed to naphtha, pricing and sentiment there still drives much of what happens in Europe.

Orthoxylene (OX) saw record highs in Europe this year on the back of supply restraints caused by production outages, although weak offtake from the construction sector continued to weigh down on the market.

Upward pressure may come from Asia, where a renewed focus on PX production this year has recently tightened OX availability in several markets across the region.

While this has not so far led to any real demand uptick, as players look to minimise inventories towards year-end, the new year could see some export opportunities for European players.

Next year could see further domestic supply concerns, however, with some speculation that OX production could be taken out of Europe. However, whether this will severely curtail domestic availability largely depends on whether demand recovers in any meaningful sense.

“You can’t have a tight supply situation without reasonable demand,” said one major consumer. “That will be the key factor next year.” 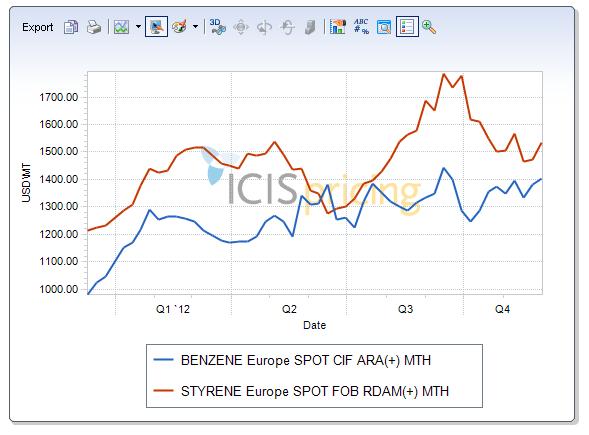