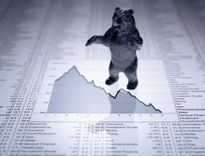 LONDON (ICIS)–Despite a rallying in the market late last week, European benzene prices have continued to hover just under the $1,300/tonne level, sources said on Wednesday, with bearish global sentiment weighing down on domestic numbers.

After trading as low as $1,250/tonne on Friday 12 September, the European spot market posted a sharp recovery, with September trading at $1,280/tonne later in the day and October slightly firmer with a deal done at $1,290/tonne.

However, the upward momentum had largely petered out by the start of this week, with September numbers static just below $1,300/tonne CIF ARA. Bids and offers were heard at $1,270-1,295/tonne earlier this week

“Europe has seen benzene prices come down by around $250/tonne since July,” the seller said. “September demand is better than August, it is reasonable but it isn’t booming.”

The primary global issue at the moment appears to be the Asian market, where despite the sudden recovery late last week, there is a sense that the market may not have bottomed out yet.

Downstream demand in Asia remains sluggish, and there is talk that some styrene producers in the region could trim operating rates, particularly in China. With a spate of planned turnarounds on the horizon, this will further dampen sentiment among benzene players.

As a result, the Asian benzene market moved into contango this week amid poor October demand and abundant supply. Stock levels in the region have improved sharply since July 2014 with the start-up of several new plants, a trend that will continue in the coming months.

The US benzene market also remains bearish so far this month, with ample import volumes arriving from Asia combined with some downstream, production outages keeping prices down.

Several players in Europe noted that there have been some attempts by Asian benzene suppliers to push material into Europe, an indication of the current length in the far east.

In Europe, there was previously a sense that supply restrictions owing to the cracker turnaround season between now and November could support the benzene market.

However, with the schedule of shutdowns well known in advance, this has allowed players to adequately prepare for any limitations on feedstock.

Sluggish downstream demand has also helped counteract any potential tightness on benzene, with many derivative market players still struggling with the structurally high cost of feedstock and a tempered upturn in activity following August.

“Supply will still be the key issue here going forward,” concluded one European producer. “The market is very stable right now, and it is difficult to say where it will go.”