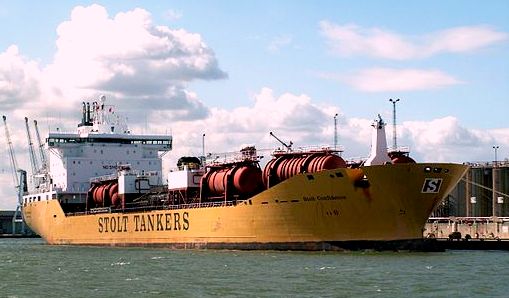 HOUSTON (ICIS)–Most major trade lanes for chemical shipping in the Americas remained firm as August ended, but the latest report from SPI Marine leaves no doubt about the strongest route.

“The shining star has been the Trans-Atlantic eastbound trade lane,” said the SPI report, noting that increased exports from the USA rose 15% in the first six months this year, fueling demand for space.

“Spot rates in August reached their highest levels seen in 2015,” SPI added. “The rates are now nearly 50% higher than they were one year ago.”

To say “nearly” is an underestimate, at least regarding rates for 5,000 tonnes or more going from the US to Europe. 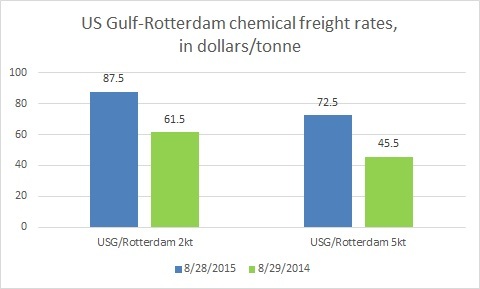 By comparison, US Gulf to Asia rates have increased 19-20% during the same period, depending on the cargo size. Rates on the usually sluggish westbound transatlantic leg have increased by about 4% for 5,000 tonnes and by 17% for 2,000 tonnes in the past 12 months.

A broker in Houston attributed the eastbound transatlantic jump to the styrene and lubes markets, especially styrene.

Global outages increased demand for US styrene exports in early summer, and then US spot prices declined as the outages ended. Lower US styrene prices opened an arbitrage with American prices on the favoured side.

In August, there were 18 styrene shipments totaling 105,000 tonnes from the US to Europe, mostly from Houston to the port complex of Amsterdam, Rotterdam and Antwerp (ARA).

“The styrene market has been very strong of late,” the broker said.

SPI noted that market activity in August “continued to defy the onset of any summer lull.”

Another 5,000 tonne styrene shipment appeared this week, headed out of the US Gulf for Rotterdam on the Stolt Confidence.

SPI said previously that, while US chemical producers clearly have feedstock cost advantages, the recent demand for styrene could also be driven by production cutbacks and plant turnarounds in Europe.

Lubes shipments in August headed east from the US totaled 71,000 tonnes. The broker said a plant that came back online began shipping two vessels headed eastbound each month, carrying lubes to Europe, Africa and India. 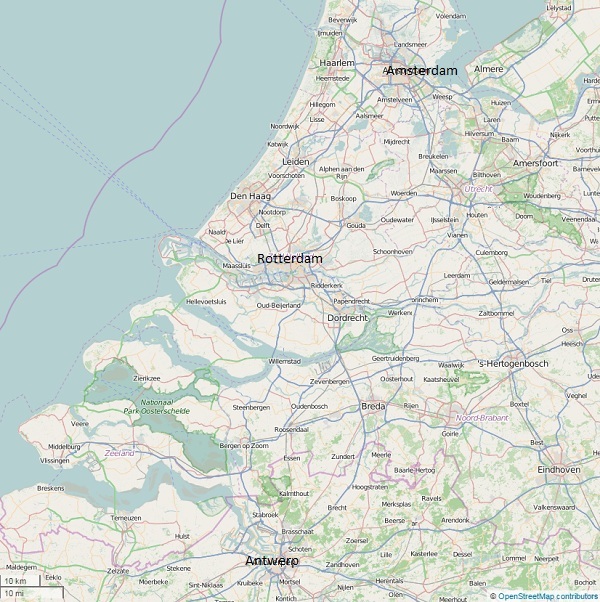