HOUSTON (ICIS)–US spot benzene prices on Friday were lower than a week ago, but deals were heard in a narrower range as September contract prices settled and upstream crude oil was less volatile.

Benzene contract prices had settled on Monday at $2.01/gal, a 79 cents/gal drop from August levels. Contract prices generally take direction from the spot market prior to settlements. Prior to the August settlement, benzene spot deals ranged $2.77-2.82/gal FOB, compared with $1.88-2.15/gal last week.

The upstream volatility lessened early this week, and spot benzene stabilised in a narrow range $2.05-2.07/gal FOB for most of the week. 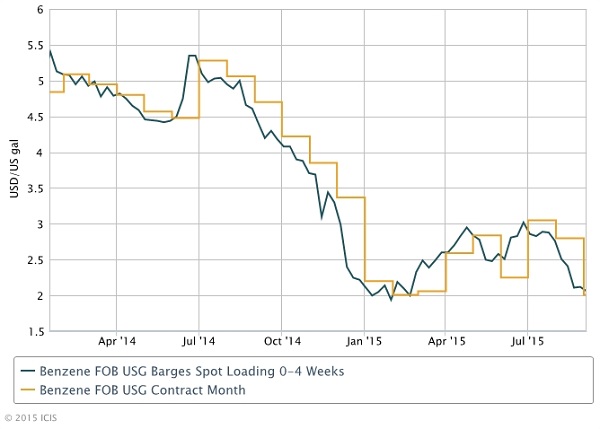