Vietnam textiles to get boost from trans-Pacific trade pact 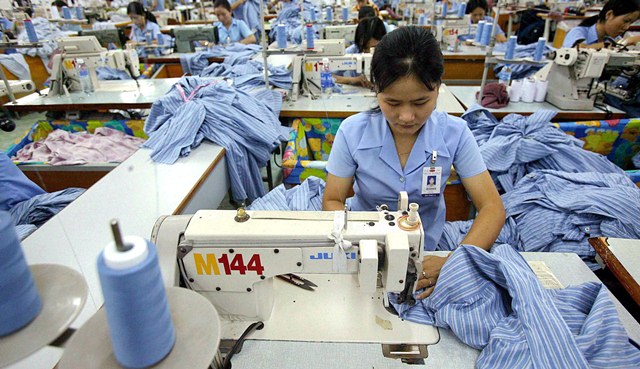 SINGAPORE (ICIS)–Vietnam’s textile industry looks set to post strong growth over the next 10 years, with the trans-Pacific trade agreement potentially acting as a catalyst for boosting trade and investments in the sector, analysts said.

“Vietnam’s textile industry has long been a key contributor to the country’s high growing export-oriented economy, as the textile and garment industry accounts for around 15% of the country’s GDP and 18% of its exports,” Dylan Waller, a Vietnam-based analyst at Nomadic Equity, wrote in a recent note for investment research and analysis firm Smartkarma.

The country’s textile exports have nearly doubled over five-year period to about $30bn in 2015. Industry growth prospects are good and will largely be driven by the Vietnam’s export capabilities, Waller said.

A major boost to the sector would be the expected ratification of the Trans-Pacific Partnership (TPP) agreement within the next two years. The historic trade deal among 12 countries was finalised in October last year and signed in February 2016.

Australia, Brunei, Canada, Chile, Japan, Malaysia, Mexico, New Zealand, Peru, Singapore, the US and Vietnam – which represent nearly 40% of  the global GDP – are parties to the deal.

Once the TPP trade pact takes effect, Vietnam’s garments and textile shipments to its biggest market – the US – should see annual double-digit growth, according to Waller.

The US’ 17% tariff on textile, garments, and apparel imports from Vietnam will be gradually reduced to zero, under the TPP.

Over the next 10 years, the TPP trade pact can boost Vietnam’s GDP growth by 11%, as well as boost its exports by 28%, according to Singapore-based Institute of Southeast Asian Studies – Yusoff Ishak Institute.

“The main challenge for this industry is for domestic companies to increase localization in order to prepare for the potential TPP,” Waller said.

He noted that 90% of the textile raw materials that are cut and sewn into finished garments in Vietnam are imported from China, which is not a party to the TPP.

“Signing on to the TPP means that Vietnamese garment exporters will technically no longer be able to import their materials from China if they hope to benefit from lower tariffs under the TPP,” said Nigel Cory, researcher at Washington-based Center for Strategic and International Studies (CSIS).

Meanwhile, Vietnam has been drawing in foreign textile firms to set up factories in the country over the years because of lower labour cost, and this trend should continue when the TPP comes into effect, Weller said.

Vietnam ranks among the fastest-growing economies of southeast Asia, with its 2015 growth rate of 6.7% at an eight-year high. Growth this year is projected to remain at this rate,  economists said.

In the first quarter of this year, its GDP growth decelerated to 5.5% as adverse weather conditions affected its agricultural output, while industrial expansion has moderated, according to the Economist Intelligence Unit (EIU).

“Despite the deceleration, latest economic indicators from the first month of the second quarter show that the economy remains on a solid footing,” according to research firm Focus Economics.

While the TPP agreement and the launch of the Asean Economic Community could be the game-changers for Vietnam, the positive impact will take time to manifest, Singapore-based DBS Group Research said in a report.

“In the near term, export demand is more likely to head south, which will consequently weigh on the [country’s] headline GDP growth,” it said.