Asia gas market to stay tepid until 2020 on weak fundamentals 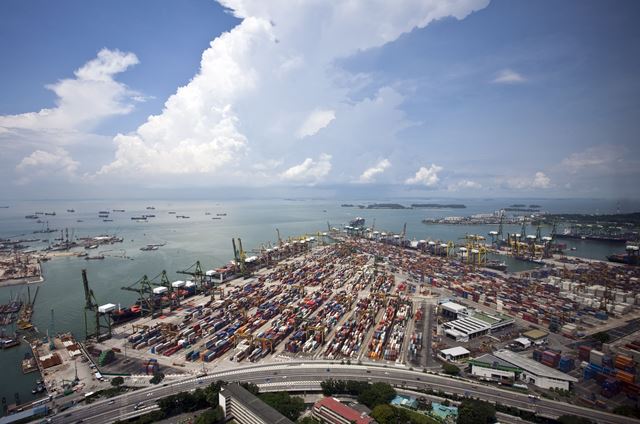 SINGAPORE (ICIS)–Asia’s gas market will likely remain soft until the end of the decade as supply continues to grow while demand is expected to stay tepid amid weakness in the global economy, industry observers said on Wednesday.

China’s slowdown, the volatility in financial markets, as well as uncertainties over Britain’s exit from the EU, have been weighing down on the global gas market, Singapore minister for trade and industry S Iswaran said at the 4th Gas Asia Summit.

“With Asia accounting for more than 70% of global liquefied natural gas (LNG) demand, the LNG market has seen weaker-than-expected demand from buyers in China, Japan and Korea,” he told delegates at the summit being held in Singapore.

“At the same time, Australia and the US are set to supply close to 140m tonnes/year of LNG over the next five years, which will increase global LNG supply by over 50%,” he said.

Masakazu Toyoda, chairman and CEO of The Institute of Energy and Economics, Japan, said that global demand for LNG is expected at 268m tonnes/year while production capacity is higher at 288m tonnes/year in 2016.

The oversupply is expected to widen next year, with demand projected at 282m tonnes/year against production capacity at 336m tonnes/year, he said, adding that LNG will be oversupplied until at least 2020.

But from 2020 to 2030, new supply is needed to cater to an expected growth in global demand, requiring timely investments in natural gas extraction projects, he said.

“The golden age of gas has not come, except for North America,” he said, citing insufficient competitiveness of LNG against renewables and coal alternatives.

There is a possibility of gas shortage in the long run amid the current slowdown in LNG production projects amid low crude oil price environment.
Asian governments “are encouraged to provide financial support for upstream developments to secure stable supply in the long term”, he said.

Producers striving to cut costs since crude oil prices crashed in 2014 may limit upstream exploration and production activities, which will lead to a reduction in the availability and accessibility of supplies in the longer term, said Iswaran.

“The industry needs to re-establish a healthy equilibrium; if not, sustained under-investment will have adverse long-term consequences on energy security and pricing,” he said.

“While depressed oil prices have reduced the incentive for gas buyers to push for an alternate pricing mechanism at present, there remains the need for a price marker that better reflects the cost of gas to create win-win outcomes for buyers and sellers in the longer term,” Iswaran said.

“We have completed the first phase of detailing a roadmap to implement an SGTM. An industry working group, which will deliberate the details leading to the initiation of the SGTM, will commence discussions early next year,” Iswaran said.

“Singapore is fostering a dynamic LNG ecosystem which includes supporting industry-led initiatives to facilitate price discovery and the development of a LNG trading hub in Singapore,” he said.

In this regard, the Singapore Exchange (SGX) has launched the Singapore SLiNG as well as the North Asia SLiNG as alternate gas price markers for the Asian market. SGX has also announced plans to launch more LNG financial derivatives next year.

But while Singapore is developing an advanced LNG market and is “well equipped as a trading hub”, its domestic demand is small and has little liquidity, noted Mina Sekiguichi, managing director and head of energy and infrastructure for Asia at KPMG Japan.

China, which is the world’s second-biggest economy, is seen as the largest gas consumer in the longer term, with pipelines that allowing physical movement of gas, she said.

There is an existing pipeline into China from central Asia and Russia plans to export to the country with a proposed gas pipeline.

The 4th Asia Gas Summit is part of the Singapore International Energy Week and runs on 26-28 October.