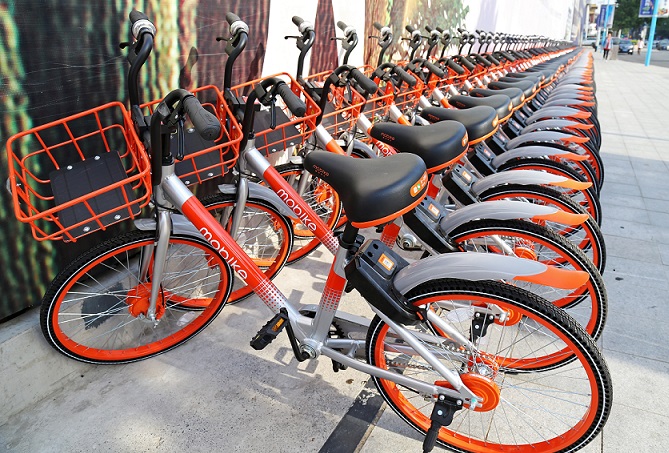 The number of “intelligent” bicycles available for sharing has surged to more than 30m in China in just two years of operation and is still growing.

The trend has caught the attention of petrochemical giants such as Germany’s BASF, US’ Dow Chemical and China’s Sinopec – all of which are bent on developing new applications to make the tyres of these bikes even lighter, safer and more durable, to ride on the service’s strong growth.

These tyres are made of plastic and are airless, unlike the typical rubber ones in traditional bicycles that need inflating.

In May, BASF said it has developed a polyurethane (PU) microcellular foaming material Elastopan for the tyres of China’s intelligent bikes. It will also study the relationship between bike tyre tread and road, look at other application possibilities of new materials.

Dow also launched in that month a special PU applied in the latest model of Mobike, the leading bike-sharing service operator in China.

In March, Sinopec developed a special styrene-ethylene-butylene-styrene (SEBS) applied on bike tyres, and noted that orders have exceeded its production capacity. The company intends to continue its research on new tyre materials.

Bike-sharing began in China in 2015 and was instantly popular as it provides a cheap and convenient means of transportation for short distances in big cities such as Shanghai and Beijing.

Under the scheme, riders rent instead of buy an intelligent bike, which has a quick response (QR) code for riders to scan and unlock to start a journey, and can be left at the point of destination.

A tire producer in Zhejiang saw a strong revival in its business following the emergence of bike-sharing services. It has received an order for 500,000 pieces that was nearly impossible in the past, a source at the company said.

“We are working closely with petrochemical companies like Wanhua Chemical on bike tyres and urgently need a good solution to bid [against our] competitors,” the source said.

Bike-sharing has turned out to be a big business, drawing in huge investments from venture capitalists such as Hony Capital and Alibaba, and has strong growth prospects in China.

From 2.45m units in 2015, the number of “intelligent” bikes in the country has grown exponentially to more than 30m units in the first quarter of 2017.

Around 20 brands of intelligent bikes are available in more than 100 cities in China, with a strong concentration in major cities, according to Business Week.

The two largest bike-sharing players, Chinese start-ups Mobike and ofo, have a combined 90% share of the market in first and second-tier cities of China, according to research firm 7Park Data.

Mobike announced in mid-June that it is targeting to presence in 200 cities worldwide by the end of this year, using a newly-raised $600m fund. It now has a foothold in Singapore and London, and is penetrating Washington DC as its pilot city in the US.

Ofo, on the other hand, has received $700m new investment for future expansion.

It remains to be seen if bike-sharing will take off in other parts of the world, with some critics citing that its revenue model is unclear and the bicycles are prone to theft.