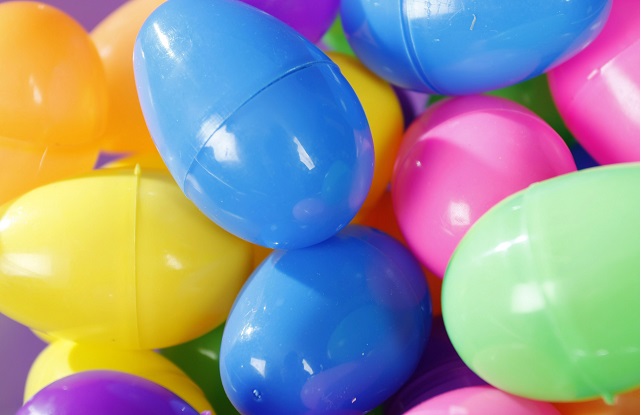 However, the upside momentum remains intact for now.

Offers were heard as high as $1,950/tonne CFR (cost & freight) China, up more than $100/tonne over the spot levels last week, according to ICIS data.

Spot prices in Asia bottomed out in the middle of May at around $1,580/tonne CFR NE Asia.

Prices have been on an uptrend ever since with deals heard concluded at around $1,900/tonne CFR China this week.

“Some offers have surged this week while others have increased more moderately,” said a supplier in Taiwan.

Supply from certain sources have tightened which resulted in traders increasing offers as well.

“At least one supplier has put its customers on allocation in recent weeks,” said a trader in China.

The supplier was heard to have oversold its cargoes and is having insufficient quantities to meet current demand. Other sellers have had strong sales from June with inventories now on the low side.

ABS resins are used for appliances, consumer electronics, toys as well as in the automotive and construction sectors.

Ahead of the start of the third quarter manufacturing for exports season in China, buying momentum for ABS started picking up in June.

Users continued to replenish inventories as production of finished goods is expected to continue improving in the near term.

“A number of suppliers had good sales in recent weeks, and hence availability has become snug,” said a trader in Hong Kong.

Nonetheless, buyers were reluctant to increase bids sharply as most deemed sellers to have ample margins.

“At current prices, margins for ABS are very good,” said a trader in SE Asia.

Consequently, with ABS prices at above $1,700/tonne CFR in Asia, resin prices are trading at a significant premium to feedstock.

While prices in China continue to lead the market in Asia, spot prices in SE Asia and India struggling to keep pace where demand is just stable.

“Buying momentum in SE Asia and India is not as firm as China, hence prices continued to trail the key [China] market,” said a producer in SE Asia. 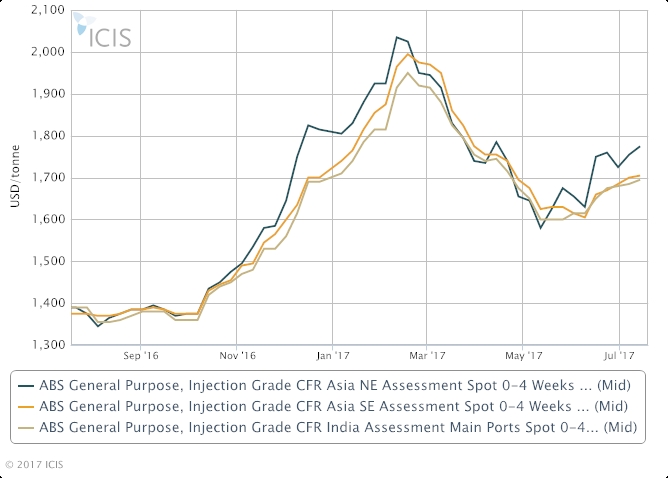 US chem shares plunge after retailers warn of costs

US chem shares fall amid stock market fears of inflation