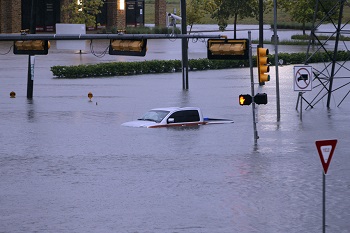 HOUSTON (ICIS)–Severe weather, heavy rain and flooding from Hurricane Harvey are now major concerns for the US Gulf Coast, the nation’s hub for refineries and petrochemical plants.

Several more companies have shut down plants as precautionary measures to Harvey impacts or have had production issues as a result of severe weather and flooding:

Previously, the port of Corpus Christi closed on Friday in preparation for the storm. The US Coast Guard (USCG) reported several ports along the Texas coast as closed.

Phillips 66 suspended operations at its Freeport terminal – which includes it new liquefied petroleum gas (LPG) export terminal – as a result of Port Freeport closing, although its other US Gulf assets continue to operate normally while implementing hurricane preparation plans.

Meanwhile:
-LyondellBasell is conducting preparations at its Corpus Christi olefins plant. Sources said the producer has scaled back operations at its Houston refinery.
-DuPont is down at its Victoria site for a previously planned outage. It will commence start-up activities when the weather improves.
-INEOS discovered a heat exchanger tube leak at its Pasadena site. Repairs are unable to commence until weather risks pass.
-Liquefied natural gas (LNG) export construction sites are also on alert.

Pictured above: Vehicles are submerged in the greater Houston area as the Hurricane Harvey made its landfall over the Texas Gulf Coast Friday night. (Source: Xinhua News Agency/REX/Shutterstock)