LONDON (ICIS)–Shell has started the “main construction” of its large-scale petrochemicals complex in Pennsylvania, US, with expected production to start “early next decade”, the Anglo-Dutch energy and chemicals major said on Wednesday.

Shell has not disclosed capital expenditure (capex) figures for the project, which will include a 1.6m tonne/year ethane cracker. 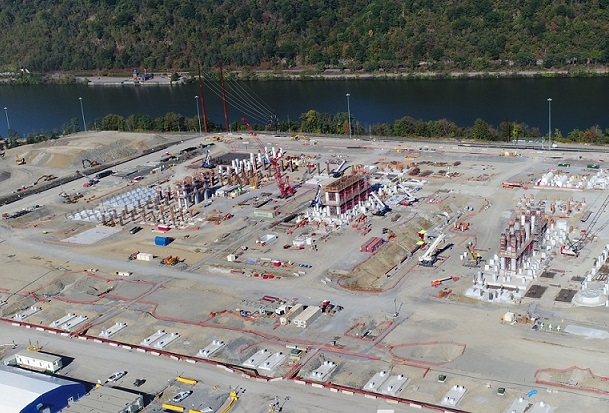 The complex is close to the shale gas-rich basins of Marcellus and Utica.

The company said it would create 600 permanent jobs once the facility is fully functional, and 6,000 during construction.

Shell decided to build the cracker in Pennsylvania in 2011 and made the final investment decision on the project in June last year.

In February of this year, Shell CEO Ben van Beurden had said the project’s construction was due to face “interesting challenges, but even taking them into account, it is a project that will do very well” in the company’s portfolio.

Asked whether the company had finally been able to weather those challenges, a spokesperson for Shell on Wednesday would only say that “everything had gone smoothly” so far.

“This is a major project. We have spoken a lot about the advantages – being close to feedstock natural gas and close to the customer base – but without being in the industrial centre of the Gulf.

“If you look at the early works programme, everything went smoothly and we are now moving into main construction,” said the spokesperson.

Shell said that it would now progress to the construction of the ethane cracker and three polyethylene (PE) units.

“The ethane cracker will be the largest part of the facility with more than 200 major components and 95 miles of pipe. Shell will also construct a 900-foot (274-metre) long cooling tower, rail and truck loading facilities, a water treatment plant, an office building and a laboratory,” the company said.

It added the site would also include a 250-megawatt natural gas-fired power plant, which will produce electricity and steam.

Among other end uses, PE is used in packaging, the manufacture of household goods, and also in the agricultural sector.