Outlook’18: Olefins players optimistic on Europe’s chances in spite of new US capacities

LONDON (ICIS)–Players in the European ethylene and propylene markets are optimistic for 2018, although sources admit that the challenges that were expected but not completely realised in the second half of 2017, could finally come into play this year. 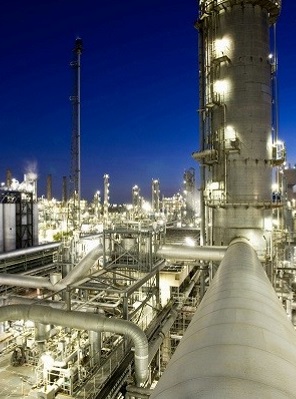 Despite anticipating a squeeze on margins, sources are still relatively confident that the last couple of years of low oil, healthy demand and product prices, favourable forex and increased cracker feedstock flexibility will have stood Europe in good stead to weather whatever impacts might be seen.

“2017 has been a great year in terms of margins, maybe they have been squeezed a bit, but we are still relatively happy,” a consumer said.

2017 certainly turned out to be a better year than many had expected and has ended the year on a much more buoyant note than usual. A series of recent cracker hiccups will have played a part, but demand is widely described as being “unseasonably high.” 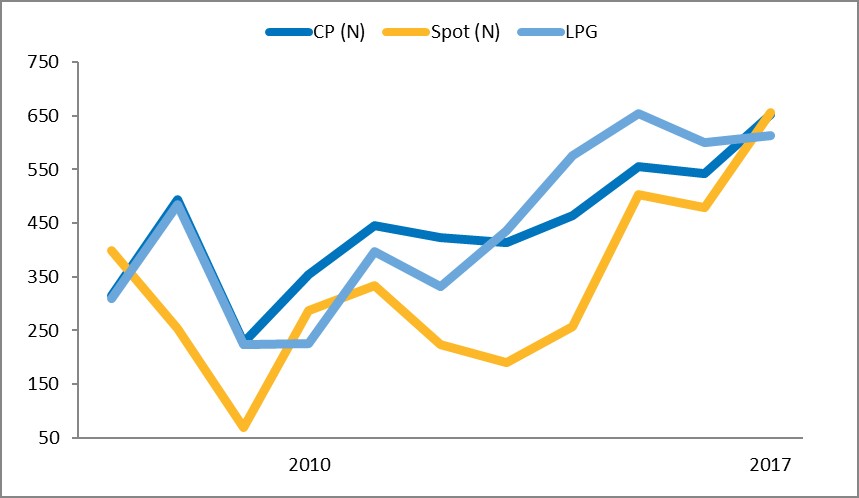 With robust demand throughout 2017 and much of the same expected in 2018, with producers generally indicating off-take nominations at a high levels, optimism amongst olefins players is quite high. However, views are more mixed and market conditions more murky when it comes to the second half of the year, when new US capacities should be fully operational.

“We don’t expect any real difficulties for ethylene in 2018, we expect it more so on polyethylene (PE),” a source said. “[During the] first half [of the year] no issues [expected] from US, [during the] second half, maybe some issues.”

What impacts new US polyethylene (PE) capacity will have on the European market is difficult to predict. Some sources feel that the impact will be limited by export infrastructure constraints but this is true more so for ethylene – there is still only one ethylene export terminal in the US – while there is already some talk that full-year freight rates for PE volumes ex-US have been fixed at very much lower levels than has been typical up to now.

Additionally, with new US derivative capacity starting up ahead of the associated crackers, this will also delay any potential ethylene impacts on Europe.

2017 did turn out to be a tighter on the supply side for longer than expected. Operational reliability is still recognised as a major challenge for Europe and delayed restarts following planned spring maintenances this year kept the supply and demand balance on a tighter keel through the summer with limited rebalancing recovery seen before the autumn schedule then kicked in.

With a smaller cracker turnaround slate scheduled for 2018, sources expect a better balanced market to prevail in Europe.

“2018 will not be as tight as it was in 2017, but we are not that consistent with what we expect to produce and what we actually produce,” the first source said.

“Will [crackers] perform as we want them to?” a second source said.

Aside from the US volumes, European cracker reliability, sources are generally not expecting significant changes in crude oil prices with most indicating that they would US shale production to fill the gaps and balance numbers.

The remaining question mark is over growth levels particularly in China.

“The pessimistic view is that if there is no big growth in China, we will see product in our back yard from both sides, the Middle East and the US,” the second source said. 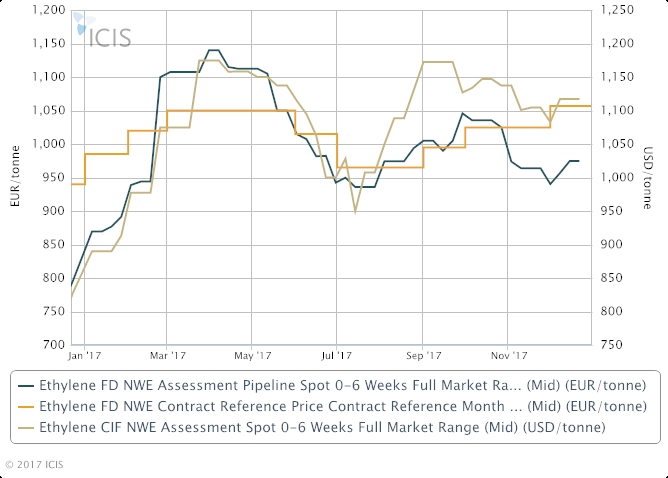 Regarding propylene, generally the talk has centred on expectations of a tighter market in 2018.

Recent changes in feedstock slates has constrained propylene output while derivatives demand has been especially strong and some players expect demand growth to outweigh supply next year.

“We have tight expectations for propylene, it depends on polypropylene (PP) ultimately but we are trying to find propylene [to cover a shortfall] for 2018 and we can’t find it,” the first source said, but added, “some may not have at any all, some may be holding back.”

“Underlying demand is there, there is a robust outlook from big propylene users. It’s very positive from propylene oxide (PO), PP and acrylonitrile (ACN), “ a fourth source said.

Some sources see more of the same for this year.

“Producers want us to believe that [supply is] tight in 2018 but we don’t see it. There will be a fine balance so every outage up or downstream will have an impact. There is an expectation that derivatives will run hard, but can they run at higher levels than already seen this year?” a second consumer said.

“We intend to run has hard as possible like we did this year but we cannot run harder,” the second consumer added.

Should the ethylene market be impacted by the US PE, and cracker operations have to be throttled back, then this will have a tightening effect on propylene output.

Of course all eyes will be on the US ability to export propylene. Enterprise’s new propane dehydrogenation (PDH) unit in the US is only just operational following some months delay and added to that spot prices in the US are too high currently to be workable in Europe.

“I don’t expect exports from the US for the first six months, we may see one cargo here and there maybe , but PDH [units often] have [production] difficulties so [I] would not consider it to be  [a] reliable [source] if some people are desperate,” the fourth source said.

Others disagree. One source said it expected a cargo from the US during the first quarter, while at the time of writing there is news from shipping sources that there are enquiries for mid-January loadings ex-US. However, these volumes if fixed, may not necessarily come to Europe anyway. Whatever their view for 2018, all agree that it will likely be an interesting year for Europe’s ethylene and propylene markets.

“All predictions are pointing to a very interesting year, the ethylene/propylene ratio might be turned on its head,” the first source said.

“Business wise, its been a record year for industry, we have nothing to complain about,” a fifth source said.