ZURICH (ICIS)–Clariant’s CEO insisted on Tuesday the firm would continue to “be a Swiss company” after SABIC purchased a 25% stake earlier this year, arguing that the final agreement between the two firms would seek guarantees on that. 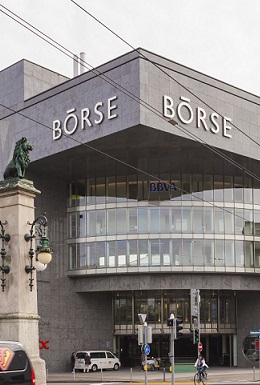 Hariolf Kottmann thus responded to journalists following the presentation of the company’s full-year results earlier on Tuesday, as persistent questions about SABIC being a potential “white knight” cropped up.

Analysts and sources in the industry have taken for granted that SABIC’s stake may well increase in the future, taking into account the Saudi major’s similar past moves.

“We are in the process of getting antitrust clearance, which is needed from 10 or 11 countries… [For now] We have a letter of intent. A company like SABIC doesn’t invest that amount of money into a company or into a business without having a clear idea of its strategic intent,” said Kottmann.

“[SABIC as white knight] Depends on definition. I consider SABIC as a strategic anchor shareholder which will allow Clariant to continue in its current structure and continue to be a Swiss company.”

When pushed on the idea of a white knight and whether Kottmann had initiated contact with SABIC, as mooted by an industry source when speaking to ICIS, the CEO declined to comment, saying the details were “not important enough to discuss”.

Moreover, he added that “it is not an issue” in the negotiations with SABIC to talk about guarantees the company will not be subject to a full takeover. 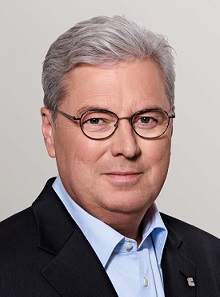 “First of all, my colleague Yousef Al-Benyan [SABIC CEO] is a very experienced man [and] has stated numerous times that there is no interest in taking Clariant over. We assume this will be part of the contract,” said Kottmann, pictured.

Kottmann added that SABIC’s investment is not a financial one but strictly a strategic investment.

Although the CEO said at first he would not talk about White Tale, being at the centre stage of a turbulent 2017 weighed in too much and he finally delivered some reflections on activist investors and their modus operandi.

“In July, suddenly, White Tale showed up. I don’t want to comment on them. [They are] Family entrepreneurs, activists [and] an activist [investor] has just one objective, to maximise his own investment as much as possible in the short term,” he said.

“Solid management tries to develop the enterprise value of a company in the mid-to-long term for employees and shareholders.”

Kottmann continued on to say that his and Clariant’s interaction with White Tale was “bizarre”, and suggested that any kind of cooperation with the activists would have been “the start of a breakup” of the company.

“It was clear for us that the activist has no clue about the company and no interest to get any information about [Clariant’s] businesses and strategy.

“We are capable of developing, producing and selling products which are very useful for the public, therefore it is right to fight for the existence of the company.”