Plastics recycling a chance for chems, Europe could be birthplace for new opportunities – Cefic DG

LONDON (ICIS)–Higher plastics recycling targets do not necessarily have to be detrimental to EU polymers producers, who will find new business opportunities in the recycling industry, according to the director general (DG) of EU trade group Cefic. 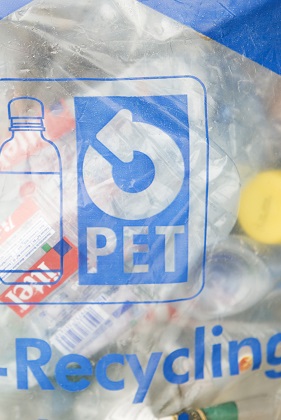 Marco Mensink said the industry welcomed the European Commission’s recycling targets published in January, but added that the 28 countries within the EU will need to improve their recycling systems in order to achieve a more unified approach.

As the sustainability of crude oil- and natural gas-based feedstocks has come to the frontline, as some products are hardly recyclable, Mensink said that petrochemicals would still use oil and gas for decades to come given its abundance and profitability.

“I don’t agree with the statement that more plastics recycling will mean fewer plastics will be produced: You can make plastics from recycled plastics. As we have seen with other virgin materials, like steel, glass or paper, there is a lot of growth to be achieved from recycled materials,” said Mensink.

In fact, he added that one of the issues Cefic has been pushing to have in the agenda is chemicals recycling, specifically mentioning Dutch major AkzoNobel’s plans to convert household waste into chemical blocks.

Mensink insisted on an idea already expressed by other chemical executives in Europe, like INEOS’ director Tom Crotty in an interview with ICIS in February: the EU’s disparity of recycling systems makes it ever more challenging.

Cefic’s DG also mentioned China’s ban on imported plastics – European countries are no longer able to send their plastics waste there – but despite all the challenges, Mensink remained optimistic about the possibilities recycling policies could bring to chemical companies.

“We thought that overall the plastics strategy was quite reasonable. It talks about the market opportunities, and this would be one point where Europe can globally lead the way: we are set to develop new chemistry on the back of all these questions [regarding a true circular economy],” said Mensink.

Petrochemical producers recognise that “some products will come under pressure” due to their almost zero recyclability, as the CEO at German chemical major BASF did in an interview with ICIS at the end of February, but the question about alternative feedstocks outside the fossil fuel sphere will also prove to be complicated.

Crude oil and natural gas are so abundant and affordable that companies will always feel tempted to continue using them, despite their limited sustainability in environmental terms.

“I don’t agree with your starting point: why would petrochemicals not be sustainable? If you get into a system in which you recycle and reuse everything, there can be several combinations and setups where petrochemicals are quite sustainable,” said Mensink.

“There is never a silver bullet [to fix problems], but for me it is clear that there will be gas and oil for several decades to come and the question is how we can make them as sustainable as possible, and that will include plastics and chemicals recycling, among others.”

This would also relate to the wider issue of what strength Europe could find to remain competitive in the new global economy where greener trends will continue to grow, said Mensink.

He added that while the US is enjoying a boom in manufacturing thanks to shale gas and China is starting to push hard with its ‘Create in China’ instead of ‘Made in China’ policies, backed by 1m graduates coming out of Chinese universities every year, Europe is yet to find its own strength.

The circular economy and the new materials and technologies necessary to develop it, as well as digitisation in the industry, could signal the path for Europe to become a world power in greener policies. 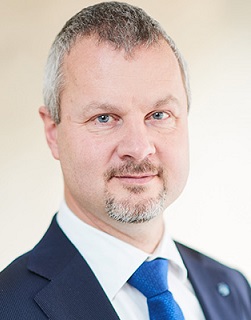 “Europe will develop the pathway for a circular economy, being able to test new technological developments and new chemistry before anyone else does,” said Mensink, pictured.

“Although the EU is ahead of others, plastics recycling needs to be developed to the levels paper or glass already are. While we have been very active in the waste legislation, there is still a long way to go in terms of regulatory differences between countries.

“The bottom line is that we are pro circular economy, but it has to be both circular and economy: there is needs to be an economical logic behind it.”

Mensink said the current industrial methods might be well outdated by the middle of this century, as digitisation takes centre stage in manufacturers’ operations.

According to him, the chemical and petrochemical industries will benefit mostly from digitisation by the way they organise their own operations but also how that sector relates to others. In his view, digitisation offers the chance for industry to reinvent its operational methods.

“That’s why we are telling the Commission [the EU’s executive body] to focus now on industry’s digitisation, for instance by merging the energy markets and industry policies. If we are going to electrify transport and industry, we will need more centralised energy systems,” he said.

“Equally, electrification will open up a new world in batteries production. We think we should focus on the next batteries for the future.”

Energy derived from crude oil and gas, and its environmental impact in the form of carbon dioxide (CO2) emissions, was at the heart of the EU’s Emissions Trading System (ETS) that implemented carbon costs for business. The more of a polluter a manufacturer is, the more it would have to pay.

The EU chemical industry has been lobbying for years to achieve a more benign approach to those industrial players that are energy-intensive. In the end, the results were a mixed bag.

“The carbon costs for industry will increase [following a review of ETS by the EU institutions] but there will also be additional volumes of free credits for industrial players. However, it’s almost certain there will be a financial impact for chemical companies,” conceded Mensink.

However, as more countries take on tackling CO2 emissions, Cefic’s DG said that the cost of emissions in Europe would need to be compared to other jurisdictions, like China or some US states where ETS systems are being established.

“On the whole, we have managed to obtain a reasonable outcome. Yes, cost will go up, but there is also a strong focus on what the ETS does to the industry’s competitiveness.”