Corrected: Proposed Chinese tariffs to hit US LLDPE, LDPE as plants ramp up

Correction: In the ICIS story headlined “Proposed Chinese tariffs to hit US LLDPE, LDPE as plants ramp up” dated 4 April 2018, the reference to medium grade PE in paragraph 3 has been removed and the reference to LLDPE has been qualified. Please read paragraph 3 as … and cover all grades of low density PE (LDPE) and some grades of linear low-density PE (LLDPE) … instead of … most grades of linear low-density…. A corrected story follows.

HOUSTON (ICIS)–The tariffs that China has proposed against US products include polyethylene (PE), which could deny producers the key market they planned to target just as they are starting up several plants that will produce the resin. 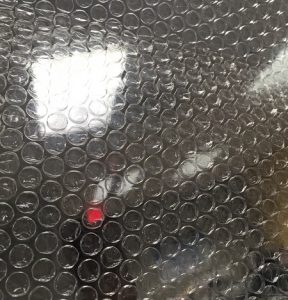 Packaging like this is often made with low density polyethylene (LDPE). Photo credit by Al Greenwood

The code for the PE being targeted by Chinese tariffs is 39011000, polyethylene with a primary shape specific gravity of less than 0.94.

These tariffs would be 25% and cover all grades of low density PE (LDPE) and some grades of linear low-density PE (LLDPE), said James Ray, senior consultant at ICIS. It would exclude high-density PE (HDPE).

Currently, only 6% of US exports of LDPE and LLDPE go to China, and half of these are specialty grades, according to Bernstein Research.

However, that figure could rise quickly as US producers start up new plants.

From the time that these plants were first announced early this decade, they were premised on cheap feedstock and exports to Asia Pacific.

US demand growth for PE would be too slow to absorb all of the extra resin that these plants will produce. Repeatedly, producers said Asia Pacific would be the main export market for these new plants, particularly China. Demand in the region is already high and growing fast, providing the plants with a large and growing market for their resin.

The table below lists the PE projects that have either started up or could start up through the early part of the next decade.

China’s proposed tariffs would hit much of the new capacity. Dow’s Elite PE could also be covered, since its density is less than 0.94g/cubic cm.

Stocks of US-listed companies that make PE fell by more than the general market during late-morning trading.

Westlake Chemical was down by more than 3%. Westlake also makes polyvinyl chloride (PVC), another target of the proposed tariffs.

Any tariffs from China are not a done deal. Negotiations could reduce or even eliminate them before they go into effect.