Largest US methanol plant closer to start-up with mechanical completion

HOUSTON (ICIS)–This year’s big event in US methanol drew a little closer on Friday as OCI announced that its new Texas plant is mechanically complete.

The new OCI Natgasoline unit in Beaumont, Texas will be the largest US methanol plant when it completes the commissioning phase and begins running, expected in the next two months or so.

But the 1.75m tonne/year unit will also have another clear distinction, that of being the first totally new – or “greenfield” – North American methanol plant in decades. 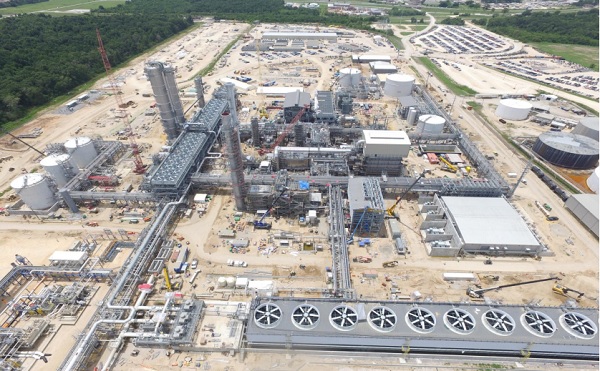 Natgasoline is a greenfield 1.75m tonne/year methanol plant in Beaumont, Texas. OCI and its partner, Consolidated Energy Limited (CEL)/G2X, each own 50% stakes. (Photo from OCI)

While there have been half a dozen new North American methanol plants built since 2011, they have all been restarts, renovations of plants that had been mothballed but brought back to life because of the advent of cheap natural gas discovered in the US fracking boom.

The latest phase for new US methanol plants began when Methanex restarted a unit in Medicine Hat, Alberta, Canada in 2011. Then OCI restarted one in Beaumont in 2012, LyondellBasell followed in late 2013 with a restart in Channelview, near Houston, and Celanese/Mitsui added a plant in 2015 at Clear Lake, also near Houston.

The biggest move of this phase – not only in terms of size but of distance – came in 2015 when Methanex moved two idled plants from Chile to Geismar, Louisiana.

Another big difference between the restarted plants and the newest Texas project is cost.

A methanol industry veteran said the cost of $1.71bn for the new Texas plant obtained from OCI/Natgasoline corporate data is probably low, considering the delay in start-up and all the usual costs associated with plant commissioning.

“We think the cost is going to be closer to $2bn when all is said and done,” the source said.

The new OCI Natgasoline unit still has a vague start-up date. The release said the unit’s first production of methanol is scheduled for the second quarter, which has been industry conventional wisdom for most of 2018.

Ahmed El-Hoshy, OCI’s chief executive, said last November that he anticipated the start-up of Natgasoline would be in the new year “and not just at the beginning of 2018”.

Trading in US spot methanol has inched down in recent weeks on talk that the start-up will be in May, from 120.5 cents/gal earlier this month to 118 this week.

“Everybody is waiting for this new plant to come up,” said a long-time methanol watcher.