LONDON (ICIS)–EuroChem has signed a take-or-pay offtake agreement with Australia’s start-up Danakali for volumes from the latter’s Colluli sulphate of potash (SOP) project in Eritrea, the Russian fertilizers major said on Tuesday.

Under the terms of the agreement, EuroChem will take, pay, market, and distribute up to 100% of the Colluli site’s SOP fertilizer production over a 10-year term, from the project’s date of commissioning. 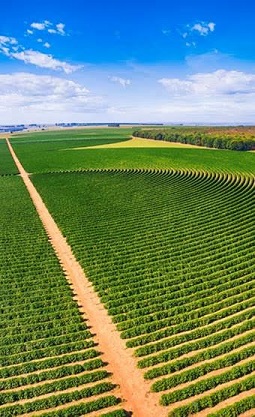 The agreement can be further extended by three years, if mutually agreed upon.

If first production has not been achieved by 1 July 2022, EuroChem may terminate the agreement.

However, Danakali said that date was “well beyond” the expected time for start up of production at the site.

EuroChem will also provide “technical support” to the project, although the extent to which remains unclear.

Colluli, which Danakali is developing alongside joint venture partner Eritrean National Mining Corp, has an expected mine life of 200 years.

The site is located in Eritrea’s Danakil Depression, and is home to an ore reserve estimated to hold 203m tonnes of SOP equivalent; consisting of sylvinite, carnallite, and kainitite rock, which will be extracted from a single open pit.

Under the binding agreement, EuroChem will sell Danakali-origin SOP through its international channels.

Danakali has the option to market up to 13% of production through alternative channels.

EuroChem may also use a portion of the Eritrean SOP to produce nitrogen, phosphate, potassium (NPK) fertilizers at its facilities in Antwerp, Belgium, and Nevinnomyssk, Russia.

“The agreement encourages the maximisation of netback pricing through the marketing and distribution of products into the highest value markets,” said Danakali’s CEO Danny Goeman.

Echoing Goeman, EuroChem’s CEO Dmitry Strezhnev added: “Colluli is one of the closest SOP deposits to a coastline anywhere in the world and, in solid form, the salts at Colluli can be processed immediately, significantly reducing the time between mining and revenue generation.”

Indeed, while an obvious victory for Danakali, EuroChem’s move to enter the SOP marketplace is also likely a calculated effort to further support the global agribusiness’ aspiration to become a major player in the wider potash fertilizer market.

EuroChem – already a manufacturer of a variety of crop nutrients, including nitrogen fertilizers ammonium nitrate (AN), urea ammonium nitrate (UAN), and urea – is in the midst of launching muriate of potash (MOP) production at two mines in Russia, investing more than $4.03bn in the projects to date.

MOP is the most widely-traded potassium-based fertilizer, encompassing some 95% of global volumes sold, owing to its suitability for mass-production crops such as rice, and rapeseed.

SOP, meanwhile, is preferable for high-quality crops such as tobacco, fruit, and some vegetables.

By adding a firm offtake agreement with Danakali to its portfolio, EuroChem has the potential to capture both sides of the potash market.

A move which, combined with its existing distribution network, could give the Russian major considerable clout in future customer negotiations.

However, despite EuroChem’s strong position, CEO Strezhnev, speaking to Russian news agency Interfax in May, said the company would not “enter the potash market with aggressive pricing”.

Although, as potash is largely a producer-driven market, EuroChem – with both MOP and SOP on-tap – could be in line to become a major potash player far quicker than rival producers may expect.