US to impose new tariffs on additional $200bn Chinese goods

SINGAPORE (ICIS)–US President Donald Trump’s administration unveiled a new list of tariffs on Chinese goods worth $200bn late on Tuesday, unleashing a new threat in an escalating trade war that has the whole world worried. 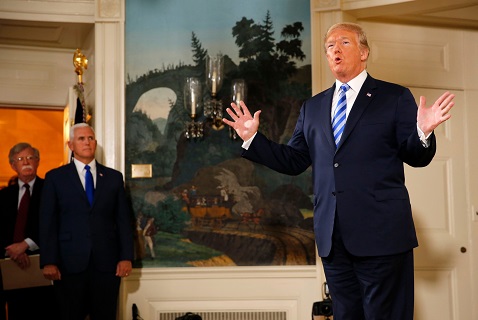 The US administration has announced a two-month public review of the list of Chinese products identified on which a new 10% duty will be imposed, with hearings to be held on 20-23 August.

“For over a year, the Trump Administration has patiently urged China to stop its unfair practices, open its market, and engage in true market competition,” US trade representative Robert Lighthizer said in a statement issued late on Tuesday.

“China has not changed its behavior — behavior that puts the future of the US economy at risk. Rather than address our legitimate concerns, China has begun to retaliate against US products. There is no justification for such action,” he said.

Shares of petrochemical firms in Asia fell on Wednesday morning, in line with losses across regional bourses after the US’ announcement.

US tariffs on $34bn worth of Chinese goods took effect on 6 July, prompting China to respond with the same scale and intensity, effectively triggering a trade war between the world’s two biggest economies.

China’s retaliatory tariffs cover 545 US products, which will include agricultural products such as corn and soybeans.

The second set of US tariffs, involving $16bn of Chinese goods, is expected to take effect later this month.

China’s retaliation to the initial set of US tariffs has prompted it to modify the initial action, according to the latest notification by the Office of the US Trade Representative (USTR).

“The proposed modification is to maintain the original $34bn action and the proposed $16bn action, and to take further action in the form of an additional 10% ad valorem duty on products of China with an annual trade value of approximately $200bn,” it said.

(Adds more details and some chemicals in the new list. This is a developing story with more to follow.)