LONDON (ICIS)–Initial projections point to global crude oil demand growth slipping in 2019 compared to this year, on the back of weaker economic forecasts and fears that political uncertainty may start to weigh on consumption, oil cartel OPEC said on Wednesday. 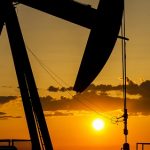 Crude oil substitution drives in Asia Pacific, slower European demand growth, and lower Chinese consumption are all expected to weigh on forecasts for 2019, slightly offset by higher requirements in Latin America and the Middle East.

Non-OPEC supply is expected to grow by 2.1m bbl/day during next year, despite an anticipated slowdown in the pace of US shale-derived oil output due to expectations on the capacity of supply lines to move material from the country’s Permian Basin being reached, the cartel said.

Petrochemicals and automotive sector consumption are also expected to drive demand next year, although simmering geopolitical tensions may start to impact market sentiment if they continue, which could lead to a negative impact on the global oil sector, according to OPEC.

“If trade tensions rise further, and given other uncertainties, it could weigh on business and consumer sentiment,” OPEC said in its monthly oil report.

“This may then start to negatively impact investment, capital flows and consumer spending, with a subsequent negative effect on the global oil market,” it added.

With Brent and WTI crude pricing remaining in the mid-$70s/bbl this week, OPEC member countries have been moving to ramp up production amid fears that US sanctions against Iran may lead to fresh supply shortages if all oil exports from the country are curtailed.

OPEC member states increased output by 173,400 bbl/day month on month in June, according to estimates based on secondary sources, driven overwhelmingly by Saudi Arabia, which increased production by over 400,000 bbl/day.