LONDON (ICIS)–Total has agreed to sell its polystyrene (PS) business in China to INEOS Styrolution, the French producer said on Friday. 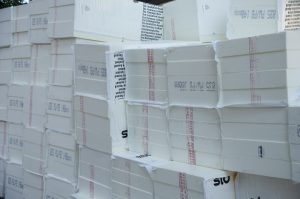 The deal includes two PS production facilities – each with 200,000 tonnes/year of capacity – at Ningbo in Zhejiang province and Fongshan, Guangdong province, Total said in a statement.

The Ningbo plant also includes a unit that produces polypropylene (PP) compounds for automotive parts which will be exclusively dedicated to Total once the deal is completed.

“In a highly competitive polystyrene market, Total considered it did not have the required critical mass in China, unlike its positions in Europe and the US,” the company said.

The purchase gives INEOS Styrolution its first assets in China, 18 months after completing the purchase of the styrene-butadiene copolymers operations owned by Chevron Phillips Chemical and Daelim Industrial, with a plant located in South Korea.

Financial details of the deal were not disclosed. The transaction is subject to approval from regulatory authorities.