LONDON (ICIS)–It may take more than half a century to make the European economy circular, but the sooner “heavy investments” are made in new chemicals the less of a burden this will place on future generations, according to the chief of the EU’s chemicals regulator. 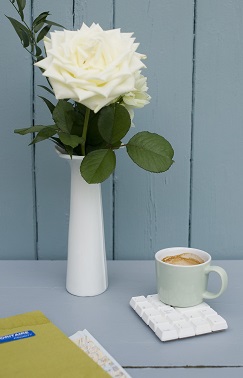 Bjorn Hansen, executive director at the European Chemicals Agency (ECHA), added that circularity will invariably mean that both EU chemicals and waste regulations are merged, and that the ECHA would be well positioned to take part in the transition.

“We can achieve more circularity if we merge the two policy areas … Then you have to roll up your sleeves and make some very tough decisions: When do you switch from being linear with a few loops, to being totally circular,” said Hansen.

“The longer you postpone the transition, the more materials you accumulate in society, and the more of a problem you are leaving to your children to solve.”

In what is becoming a recurrent plea, Hansen also expanded on the “magnitude of the problem” about ECHA’s funding as the EU’s proposed 2020-2027 budget would cause a cut in real terms for the Helsinki-based Agency, making its remit of policing the safety of chemicals more complicated.

On Brexit, Hansen did not show much hope that an orderly UK exit would occur, and referred to the “very sad” and uncertain situation in which UK employees at ECHA find themselves as the official exit day (29 March) approaches.

HEAVY INVESTMENTS NEEDED
While the idea of a circular economy makes good headlines, the EU would not be anywhere near the beginning of the task, and Hansen doesn’t deceive himself on the matter.

Once chemicals can be fully re-used, the combination of waste and chemicals regulation will be a must, he said, but before that society will need to undertake heavy investments in innovative products which can actually be recycled. 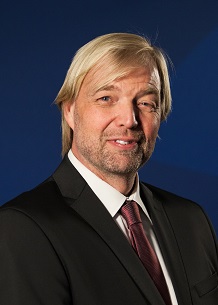 “In 50 or 60 years we could get a lot more circular; it will take decades. The materials we use today are not circular, they are linear with a few loops. PET [polyethylene terephthalate] bottles can be recycled eight times, and then the material cannot be used anymore. PVC [polyvinyl chloride] can be recycled a few times, and then disposed of,” said Hansen, pictured.

“Disposal is incineration, but you cannot incinerate many plastics, so we will have to invest a lot in new chemicals if we want to achieve circularity. The earlier we decide to switch [from linear to circular economy], the more investments in innovation we need.

“[Investments in] Chemicals processes which enable circularity. But there are still many decades to go.”

While the chemicals used in a true circular economy are yet to be invented, Hansen said that given the lack of a EU agency for waste – despite the flurry of legislation on it – ECHA would be well placed to contribute to “the good of the circular economy” in coming years.

Hansen is convinced the “two worlds” of chemicals and waste should end up merging in order to legislate circularity.

“There is a clear need for coordination: circularity would mean clearly that some things would be under Reach [EU’s chemicals regulation] in one time, and waste at another time, and it would keep going back and forth between the two,” he said.

“You need a merging because you need to set a direction of what materials, or chemicals, you want in the market, and what materials you don’t. If we want to achieve circularity, there must be a merging of the waste and chemicals policies as we would regulating the same thing.”

ECHA FACING BUDGET CUTS
Hansen has been the head of ECHA for more than a year. In his first interview as head of the regulator in January 2018, he said to ICIS that the Agency’s planned funding could impede it from fulfilling its remit in the next decade.

His predecessor did the same thing in 2017, in another interview with ICIS.

The message is clear: after the big three big registration phases under Reach have been undertaken, and the ever-increasing set of tasks assigned to ECHA – from policing nanomaterials to microplastics legislative proposals –, the agency should be getting an increase in funding from the EU’s direct subsidies.

Instead, current budget proposals would prompt a cut in real terms to ECHA’s funding in the new multi-annual financial framework (MFF) for the seven years starting in 2020.

Given that the proposals currently on the table do not increase ECHA’s funding, but its remit keeps getting expanded, this would represent a cut in real terms.

“Exactly. I just want to give the magnitude of the problem. What the European Commission [the EU’s executive body] is proposing is based on our estimates, but they are also proposing a 1-2% cut every year to the whole MFF – the combination of cuts adds up over the seven years to a cut of around 10-11%,” said Hansen.

“On top of that, the Commission keeps giving us new tasks, without giving us the resources. It’s not a case of us needing 50% more posts [ECHA’s employees], but clearly the demands are there and if we need to meet them we need to be adequately resourced … We will run into difficulties in doing everything that the Commission wants.”

In a written response to ICIS, a spokesperson for the Commission said on Friday that they are “confident” current needs will be met until 2020.

It added that the Commission is aware there will be a fall in income from fees in the next decade, arguing that fact has already been taken into account in the programming of the next MFF.

“As regards the MFF post 2020, the proposal of the Commission foresees to maintain ECHA balancing subsidy for its activities under Rearch/CLP [classification, labelling and packaging regulation] at the level of 2020,“ the spokesperson said.

“At the same time, the Commission and ECHA are working together to assess the outlook of the fee income in the medium term. Adjustments to ensure that ECHA budget is in balance will be undertaken if necessary. ”

BREXIT GETS PERSONAL
ECHA will publish later on Friday new guidance on how the chemicals industry should prepare for the event of a no-deal Brexit, something looking increasingly likely as exit day approaches and the political impasse continues.

Moreover, Hansen said that intense legal activity has started at EHCA itself to try to resolve the status for nine employees who only hold a UK passport.

Theoretically, a no-deal Brexit would imply that on 30 March they would stop being ECHA employees, but the agency is analysing different options in order to keep them  or at least a reasonable notice period – what ECHA contracts establish, from three to 10 months – so they can plan ahead.

“In a month, the Commission and all EU agencies will have a common line on how to approach this. A few of our employees are applying for an EU passport – I hope they get done before 30 March. However, by default their contracts would cease to exist,” said Hansen.

“I can’t say much more as we are still assessing all options. In any case, this is very, very sad for our UK staff. Very sad.”

Top picture: An old keyboard is re-used as a coaster
Pictures sources: Westend61/REX/Shutterstock and ECHA