LONDON (ICIS)–The popular perception of a 10-year window before chemicals recycling matures may be pessimistic due to the level of industrial and governmental interest, with the technology representing the ultimate solution to the viability of the circular economy, according to INEOS director Tom Crotty. 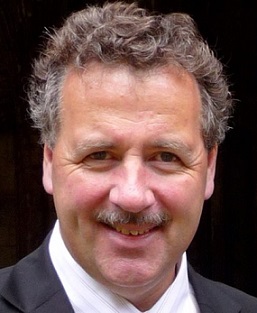 The process of breaking plastic waste down to its constituent molecular parts to reconstitute it as a petrochemicals feedstock, is the key measure to drive the development of a circular economy, and may be commercially viable earlier than expected, according to Crotty.

“We’re a lot closer than people think,” he said, speaking on the sidelines of the IdentiPlast conference. “People are talking about a 10-year horizon, but I think there is a following wind behind it now.”

“It is the ultimate solution to this, and I think we’re closer than people think because suddenly there is an incentive to get that right,” he added.

The sentiment was echoed by other chemicals industry executives, with representatives of BASF and INEOS Styrolution also setting out timelines of five to 10 years for the industry to reach maturity.

Increasing levels of plastic ocean waste, and growing consumer awareness of the health and environmental impacts of single-use plastics, is driving a raft of new legislation proposals, and the petrochemicals industry is rushing to drive the direction of those new policies.

The emphasis from the sector is of increasing the circularity of the value chain, rather than banning single-use plastics outright, as has been mooted for some forms, or implementing measures that could drive the take-up of less controversial forms of packaging that have a greater environmental impact.

Speaking in November 2018, European Presidential hopeful Frans Timmermans said that, whereas in the past, industry and government were at cross purposes, CEOs and policymakers are increasingly speaking the same language.

Nevertheless, proposed measures by some governments are blunt instruments, according to Crotty, who criticised the UK government’s proposal to mandate a 30% tax on the content of all plastics packaging be derived from recycled materials by 2022.

“I criticised the UK’s position on tax is because it’s a crude measure,” he said. There are some applications where you should have 100% recycled content and some where you should have zero, so how do you follow that? The other issue with it is whether measures will be the same for glass, steel, aluminium. It’s being selective, and that is an error in my opinion.”

Regulations that give value to plastic waste and encourage more positive industry and consumer behaviour, such as deposit return schemes, will have a positive influence on sourcing and use of waste plastics, he added, noting the success of small plastic bag charges.

The necessity of giving value to waste plastics has also been advanced by Jim Fitterling of Dow Chemical, speaking at the 2019 Davos, Switzerland, summit as an emissary of industry-led initiative the Alliance for Ending Plastic Waste (AEPW).

Many of the leading names in polymers have signed up to the initiative, including BASF and LyondellBasell, as well as consumer and engineering groups like Procter & Gamble and Veolia.

Despite being one of Europe’s key producers of olefins and polymers, INEOS –which is a member of Operation Clean Sweep, another initiative – has held back from signing up to the deal.

“We tend to be a company that is a bit different, we like to do things on our own, we like to be in control of our own destiny, and that’s why we decided to do our own thing,” Crotty said.

One role for the government in facilitating the shift to a circular plastics system, is in improving collection and sorting systems to provide the raw material for crackers.

“I think what will become rapidly the limiting factor is the availability of recycled material,” he said. “Once we find the technical solution it is almost easy because it’s under our control, you can do that in a lab, you can scale it up.

“But then, say we convert our cracker line at Grangemouth to take waste plastic feedstock. That’s going to be a [huge] investment, and we’re going to need a million tonnes of waste material. Where’s the million tonnes? That’s where the government has to step up to the plate,” he added, noting that the UK has hundreds of disparate waste collection systems.

The shift will be epochal reinvention for the petrochemicals industry, he added.

“We need to go right back to the cracker here, we are not just talking about tweaking at the edges of the process, talking about new cracker feedstocks, and that’s going to be hundreds of millions in investments, not tens of millions,” Crotty said.