SINGAPORE (ICIS)–China’s polypropylene (PP) market is set to be weighed by a high number of plant start-ups in the second half of this year.

The number of new PP plants starting up is 70% more than the number of PE start-ups in the latter half of 2019. 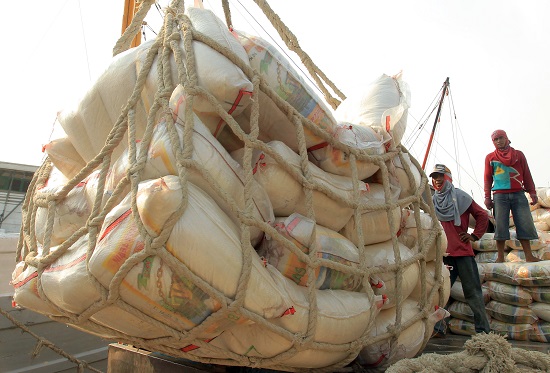 Sacks of rice at a port in Jakarta, Indonesia. PP flat yarn is used to make sacks. (Photo by Adi Weda/EPA/Shutterstock)

The price gap between China’s PP and PE markets will likely become narrower because of these new capacities, but it will be capped by the increase in PE imports.

Additionally, not all of the new PP plants are expected to start up on schedule, according to sources. 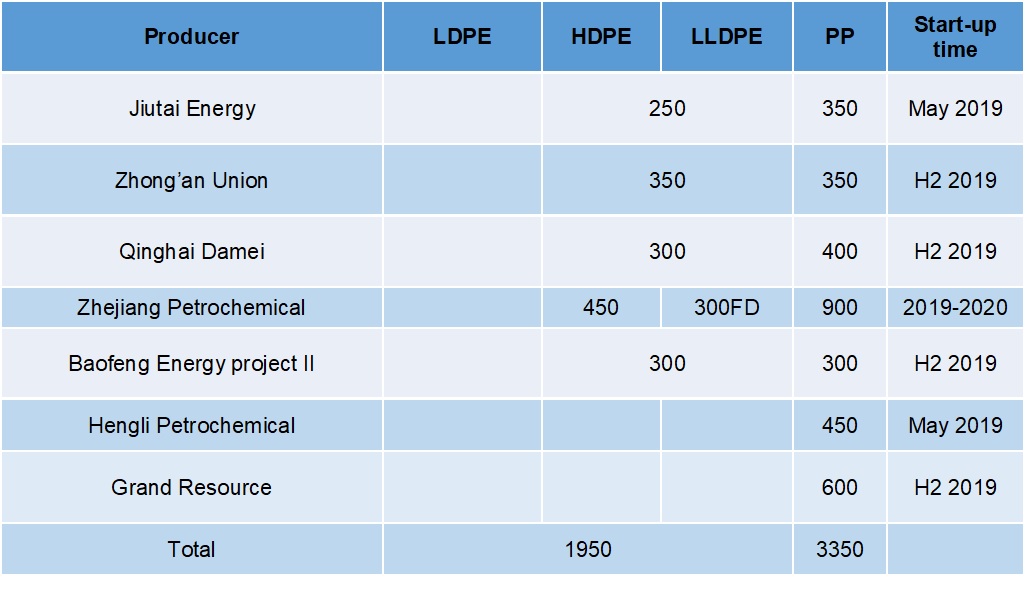 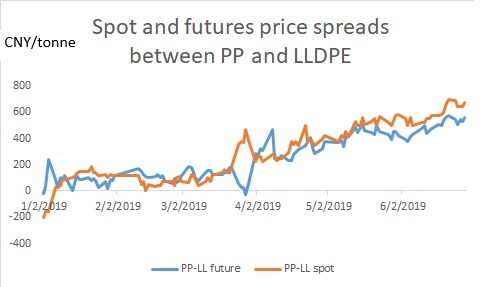 The spot and futures price spreads between PP and PE widened in the second quarter of 2019, after narrowing in the first quarter, according to data from the Dalian Commodity Exchange and ICIS.

The supply for PP growth is less than PE in the first five months of 2019, which resulted in the increased gap between LLDPE and PP.

China’s PE supply, consisting of domestic output as well as imports, stood at around 14.46m tonnes in the first five months of 2019, up by 14.3% from a year ago, with the year-on-year growth registered at 18.3% for imports and at 10.8% for domestic output, ICIS data showed.

Jiutai Energy and Hengli Petrochemical put their new units into production around May, but this failed to exert any significant impact on the domestic market due to unstable early-stage production.

In January-May, there were more turnarounds at domestic PP units compared with the same period of 2018, according to ICIS data. This, together with producers’ different production arrangements, has led to tight supply of PP yarn since late May. 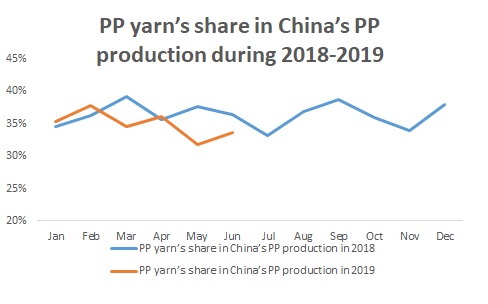 For LLDPE, participants show some concerns over imports from Thailand and Saudi Arabia in July-August after they had earlier sold cheaper cargoes for cheap after facing sales pressure. 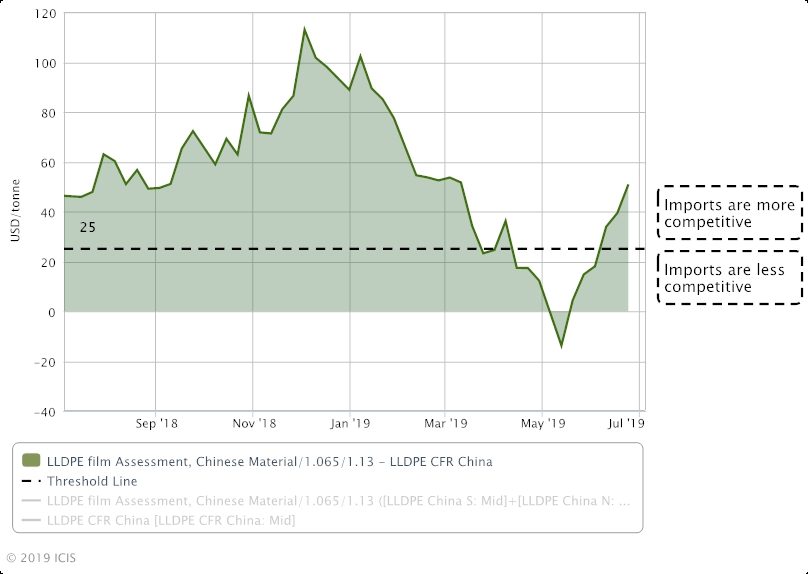 On 28 June, CFR CMP prices and east China weekly prices of LLDPE were respectively assessed at $880-920/tonne and yuan (CNY) 7,800-7,950/tonne, with the former nearly CNY300/tonne higher than the latter after converting into yuan-denominated values.

“Considering the continuous price declines in the domestic market in the first half of this year, some overseas suppliers did not raise offers of cargoes for July shipment in line with current domestic market situation due to two reasons,” said a domestic trader.

“One is the cargoes are long shipped cargoes and the other is they want to somewhat compensate Chinese customers who purchased at high levels in the previous time,” the trader said.

Although the spread between PP and PE may narrow in the second half of the year due to start-ups of new capacities, the spread is expected to remain large, according to some industry sources.

This is because even if domestic PE production is growing at a slower pace than PP, PE imports are expected to remain large due to new capacities worldwide and changes in trade flows. Moreover, low-cost imports will weigh down on PE prices.

However, “the domestic PP supply is foreseeable, but China’s PE imports Ahi re not clearly understood by every industry source. Thus, the unpredictability of PE imports will always be a focus of attention in this year’s PE market research,” another trader said.