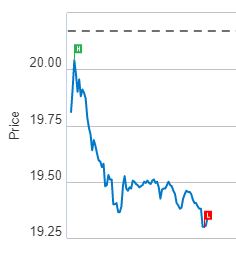 Clariant’s shares were down more than 4% on the Swiss stock exchange by 10:15 CET.

Current chairman and former CEO Hariolf Kottmann has taken over in the interim. CFO Patrick Jany remains at his post.

Occhiello was appointed CEO of Clariant in September 2018, after the Saudi petrochemicals major took over a 24.99% stake at the company in January that year.

The move followed two dramatic years at the Swiss producer after a failed merger with US major Huntsman and activist pressure for the board to change course.

A spokesperson for Clariant said to ICIS that employees had been “surprised” at Ochiello’s resignation after only nine months in the post, adding that a search for an “internal or external” replacement was underway.

“The board accepted his resignation and asked Kottmann to take over his responsibilities in his role of executive chairman,” said the spokesperson.

KOTTMANN, OCCHIELLO AT ODDS
Some chemicals equity analysts have said Occhiello’s sudden resignation may be related to disagreements between Kottmann and the newly appointed CEO, forecasting further pain for the company’s stock given the “insecurity” it creates for the company. 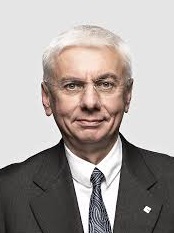 Germany’s investment bank Baader Bank’s chemicals analysts linked the resignation of board member Christian Kohlpaintner in June as part of the proof that Occhiello (pictured) had not been able to establish a new management team of his liking.

“Christian Kohlpaintner was put in place by Hariolf Kottmann when he came on board,” said Baader’s Markus Mayer.

“[Reasons for Occhiello to leave could include] 1) He and the former CEO had conflicts on how to run/transform Clariant; 2) SABIC changed its strategy on the integration process of the High Performance Materials business and Ernesto Occhiello would have been conflicted (as former SABIC manager). 3) SABIC changed its investment strategy on its Clariant asset (i.e. not to just have 25% but to fully take over) and Ernesto Occhiello would have been conflicted,” added Mayer.

“No matter what the reason(s) for Occhiello resignation is, it creates insecurity and another moving part in the Clariant investment story and therefore should weigh on the share price.”

SABIC had not responded to a request for comment at the time of writing.

Clariant is due to release its second-quarter results on 25 July.