LONDON (ICIS)–INEOS is mulling the closure of its Seal Sands, UK, acrylonitrile (ACN) plant due to the level of investment that would be needed to make the site economically viable, the Switzerland-headquartered producer said on Thursday. 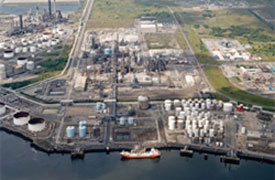 INEOS employs 224 people at the site, although not all those jobs would necessarily go if the company decides to close the ACN unit, as some workers could be reassigned to other operations at Seal Sands, it said.

The ACN plant has a production capacity of 280,000 tonnes/year.

The Seal Sands ACN facility has been under INEOS control since 2008, and the company has invested €200m on the site during that time after what it describes as “decades of significant underinvestment”.

According to the company, it would be necessary to invest the same sum to bring the facility up to environmental standards and make it economically competitive.

“After considering many options, we feel that we must now consult with employees on the potential closure of the plant,” said INEOS Nitriles’ CEO Paul Overment.

“We do so with a heavy heart but there is no escaping the fact that decades of underinvestment on the site have led us to this point. Manufacturing assets need constant renewal if they are to survive.”

INEOS intends to consult on alternative options to closure, but the company stated that “nothing more can be done” to make operations safe and profitable, claiming that it cannot guarantee the safety of employees or residents in the area if the plant continues to operate.

The company did not appreciate the scale of investment necessary over the last decade to make the site competitive, according to Overment.

“The last 10 years have proven that it is almost impossible to play catch-up and the lesson for us and other UK manufacturers is that constant reinvestment is vital for long term prosperity,” he added.